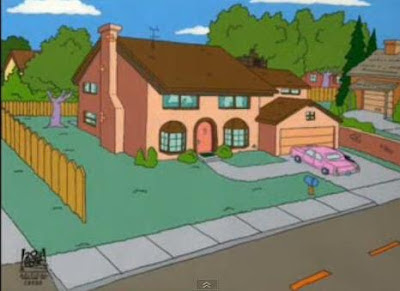 It seems every year some company comes up with a contest so weird that everyone takes notice.

WIN THE BATMOBILE! WIN YOUR OWN TOWN IN TEXAS! WIN A PINK HOUSE PAINTED BY JOHN COUGAR MELLONCAMP! WIN YOUR WEIGHT IN NEWBORN BABIES!

Perhaps the weirdest such contest was "Win the Simpson's House!" I wish they had done "Spend the Night with a Woman in a Marge Costume" or "Have Yourself Surgically Altered to Look like Bart." I am sure someone would have done it.

Anyway, in 1997 The Fox network decided to give away the house that Homer and Marge share with their kids on the successful animated series.

Since the show is a cartoon they had to build the house. 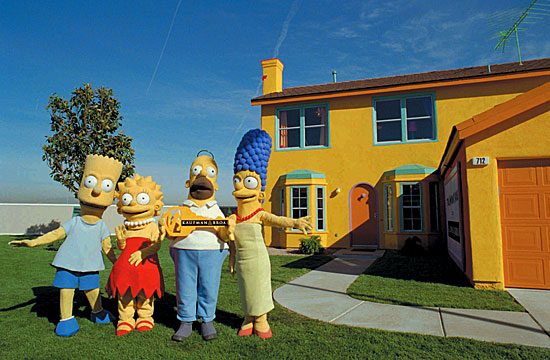 The architects studied episodes of the show and came up with a plan for a house that would look as close to the real thing as possible. Some changes had to be made since it had to meet safety code regulations.

I suppose you can't just wave your hand at the safety inspector and say "safety schmafety." This is a shame, because it's the only way I know to deal with authority figures.


The winner of the contest was a 63-year-old great-grandmother from Kentucky. The house was built in Henderson, Nevada (just minutes from Las Vegas) and was said to be worth about $100,000. The house had four bedrooms and 25 different colors of paint. 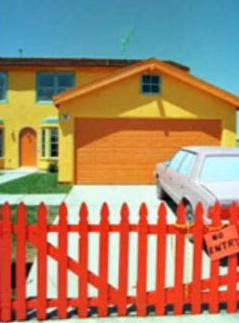 It also was filled with every knick knack, painting, Duff can and furniture piece that appears in the show. The amount of effort that went into getting every detail correct is astonishing. 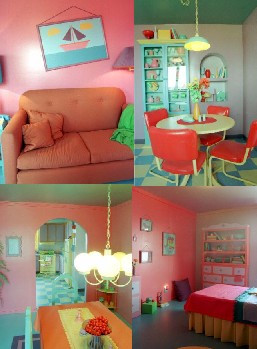 It is easily the ugliest house ever built. 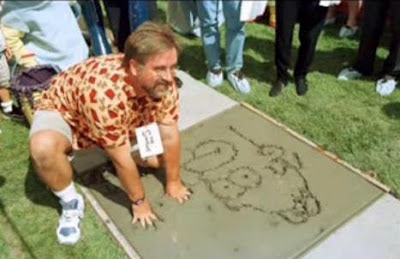 The house even came complete with Bart's tree house in the backyard, an oil stain in the driveway and three mouse holes.

Unfortunately after the contest the owner did what most people would do: had the house painted and removed all of the Simpson's stuff. 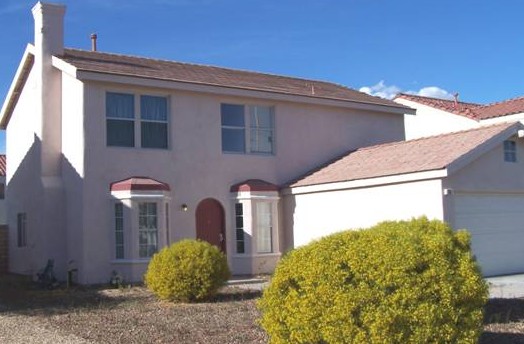 The house is located at 712 Red Bark Lane.
Posted by Guy Hutchinson at 9:33 AM