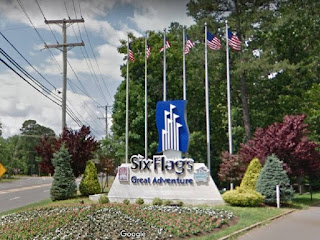 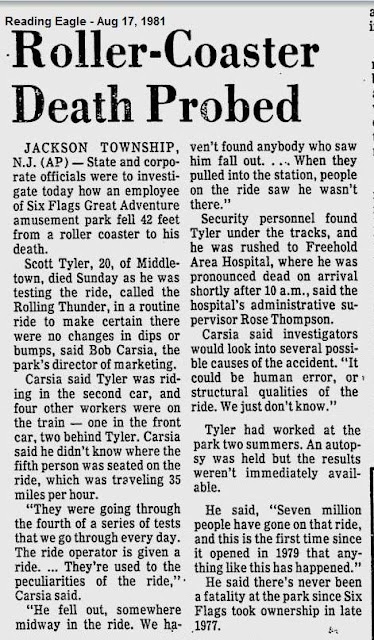 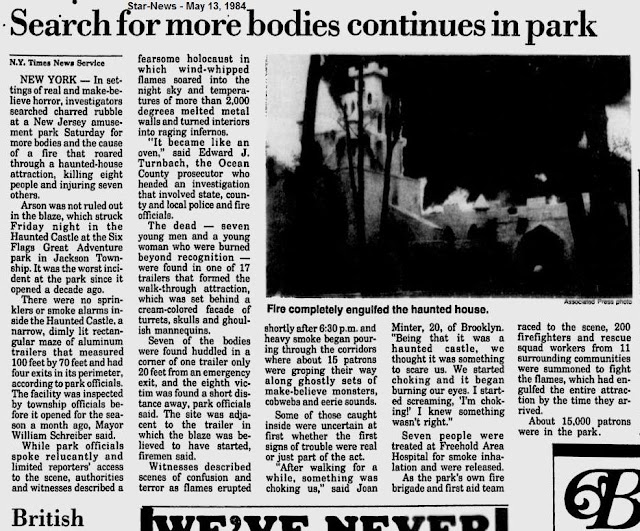 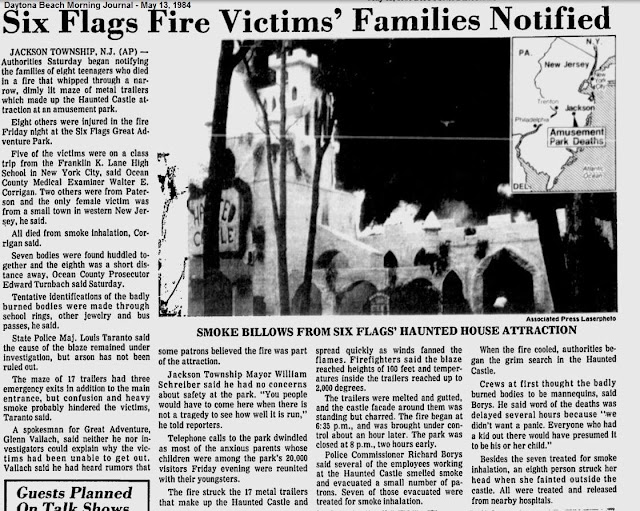 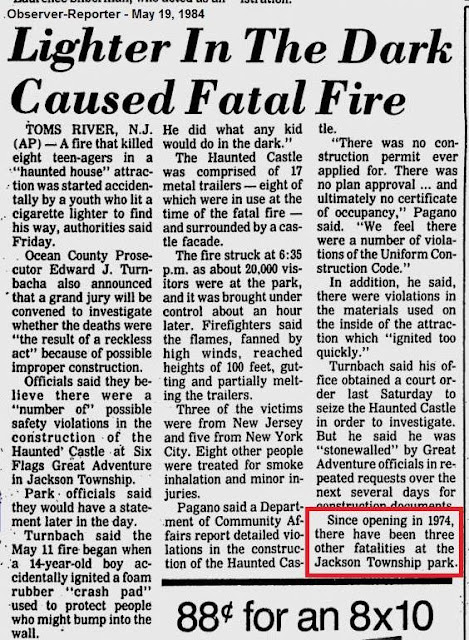 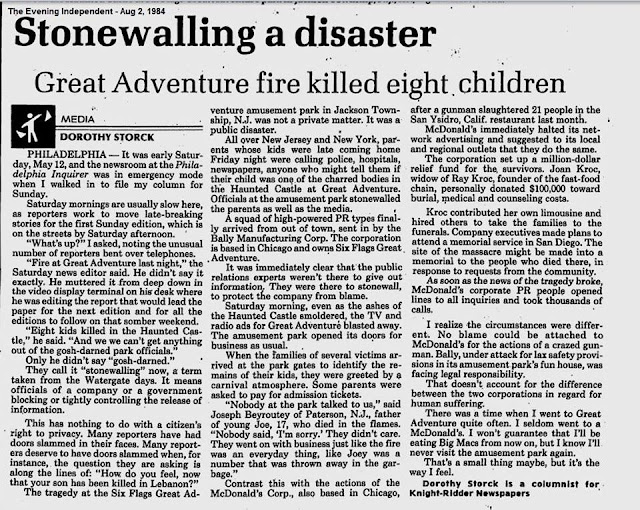 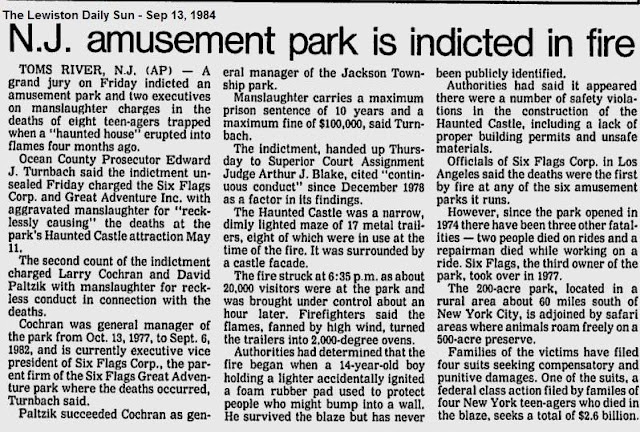 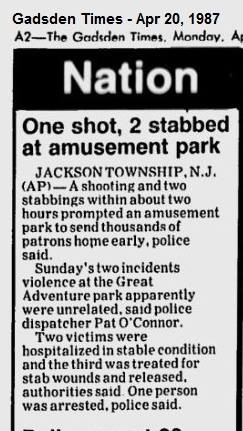 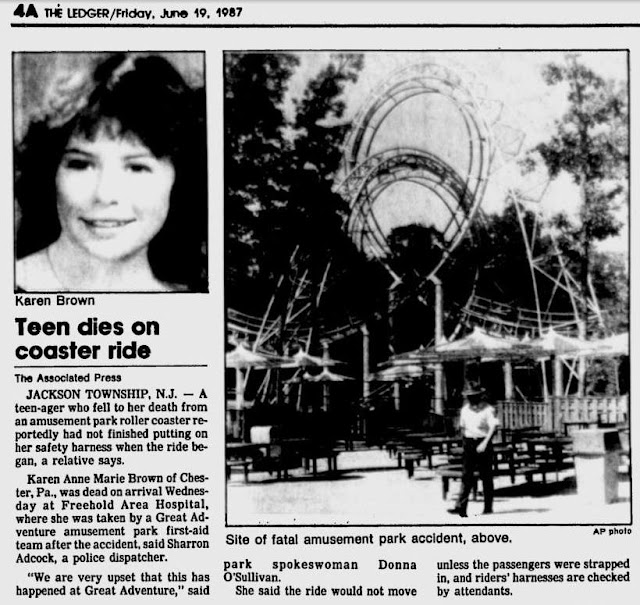 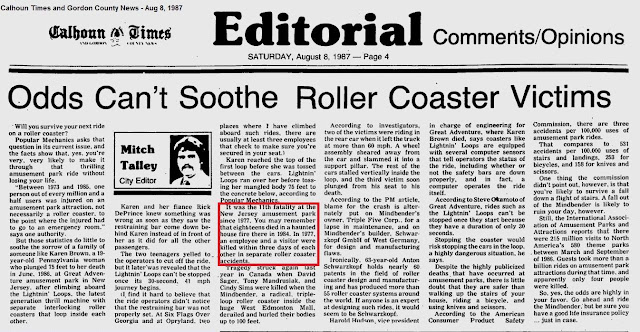 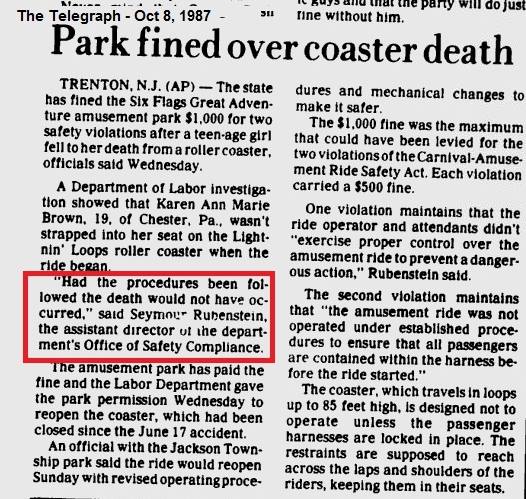 "On September 13, 2015, a girl from Gibbstown, New Jersey was injured when her safety restraints came undone as the ride started. As she exited the ride, it was shut down for technical difficulties. Two years later in 2017, her family filed a lawsuit to the park claiming that the staff didn't check them before they were secure" source Wikipedia.
Posted by Guy Hutchinson at 10:58 AM 6 comments