A long time ago Cop Out 4 was imagined. 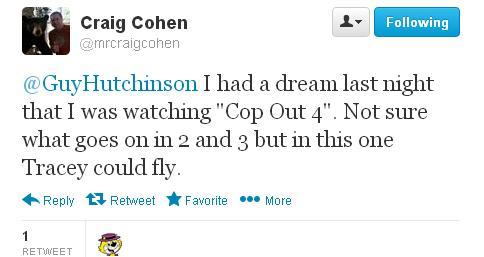 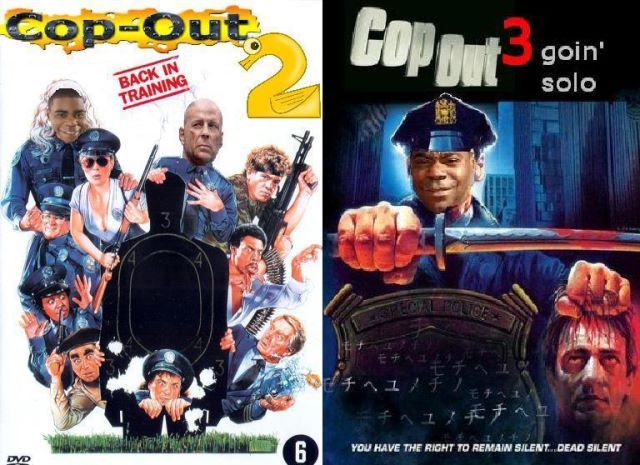 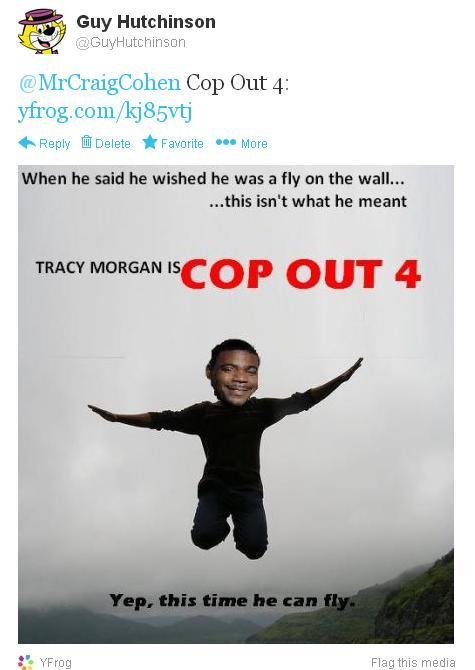 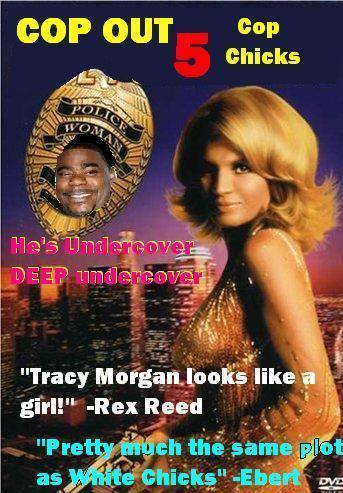 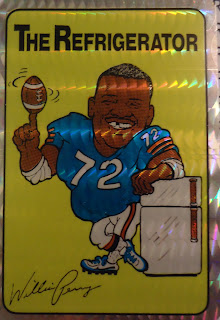 Yeah. That's what I need.
Posted by Guy Hutchinson at 9:40 AM 0 comments 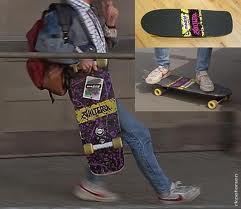 If only Mr. T had made a deal with Valtera, they would have made that crucial Guy Hutchinson demographic.
Posted by Guy Hutchinson at 10:46 AM 5 comments

Memories of the Route 18 Market 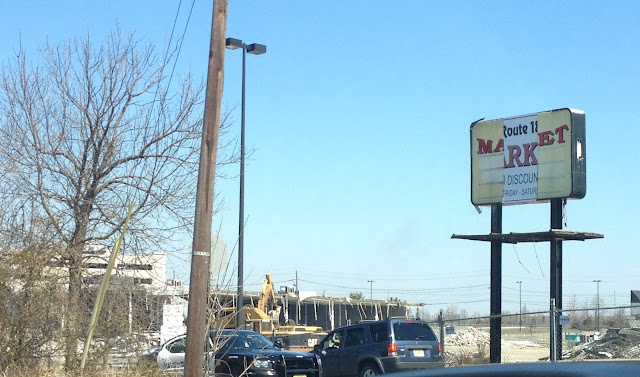 Today I drove by the Route 18 Market. It's been closed for years. Now they finally started to tear it down. 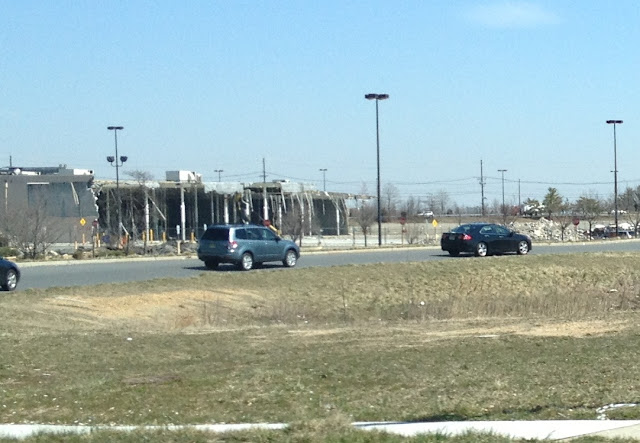 I hear a Wal-Mart is going up on the land, which is fine. The place has been an eyesore since 2009 and at least now I can look forward to buying Dr. Thunder on this block. 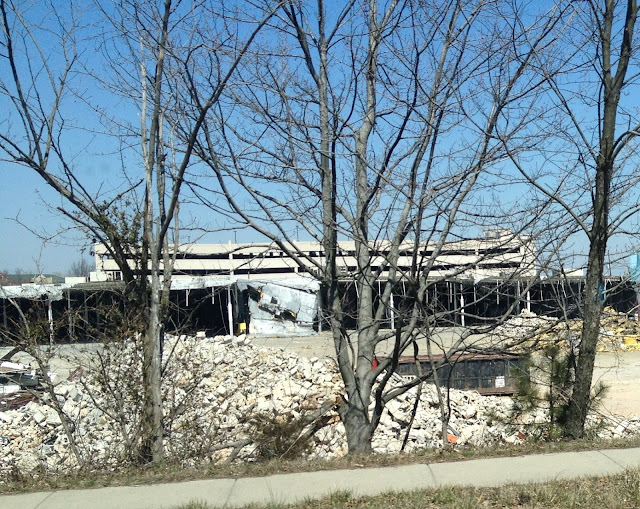 Anyway, the market was an indoor flea market that opened in the 1970s and was good place to buy an old table, cheap VHS tapes or a cheaply made T-shirt that fell apart in the wash. 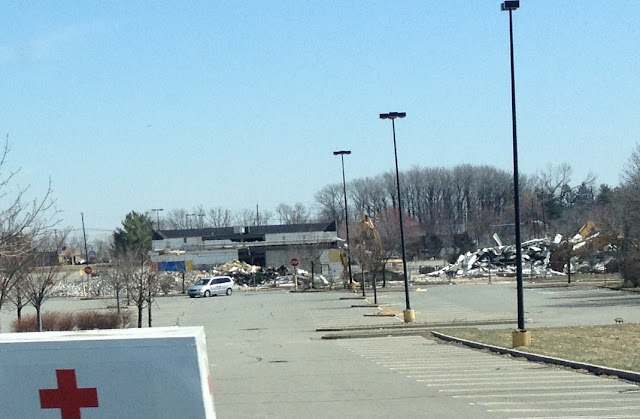 What brought me to the market was WWF autograph sessions in the late 1990s.

The first one I attended was with Tammy "Sunny" Sytch. I remember her talking to somebody about calling Chris Candido and Bam Bam Bigelow about something.

She smudged the autograph after signing it. 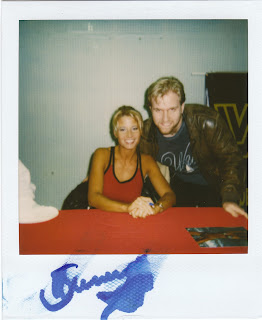 Here I am with the New Age Outlaws. Everyone was posing like this.

I would have felt silly if I didn't. 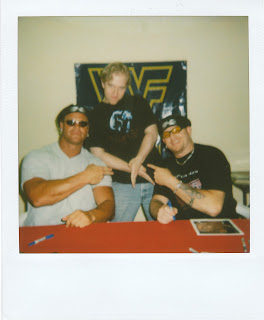 Hey it's Kane! And I have my WWF shirt on! This was supposed to be HHH and Chyna, but they cancelled on the day.

I wondered for a bit if this was actually Kane. Could this have been some jobber in a mask?

He shook hands with the glove on. 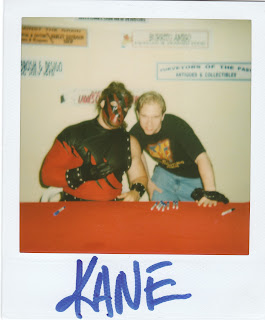 Next was Gangrel... but if you read the wall behind him it was supposed to be Ken Shamrock. Another cancellation. 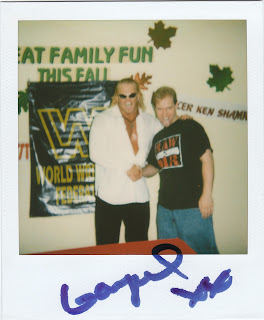 Mick Foley. I was coming right from work so I had a dress shirt on. Seemed odd at the time, but shortly after Mick started wearing a dress shirt to the ring. Maybe he got the idea from me.

He signed it as Cactus Jack. 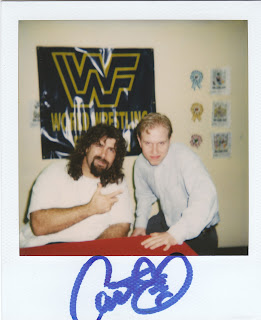 Flash Funk was great. Talked to him for a long time. There wasn't a line at that moment. Really nice guy. Chatted about a few matches he had been in.

I was wearing a shirt I bought in a Chinese restaurant. 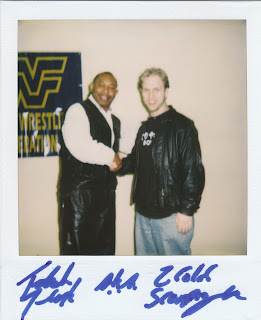 I also remember them having a "meet a Britney Spears impersonator" event.

She had a Von Dutch hat and sunglasses. I didn't bother to meet her, but I bought some Sega games that day.