I was so excited by Groundhog Day this year I spent almost $40 on a board game based on the Willy, the groundhog who predicts the weather in Wiarton.

Wiarton is somewhere in Canada and Willy is albino. I couldn't think of a witty way to insert that info into the last paragraph. 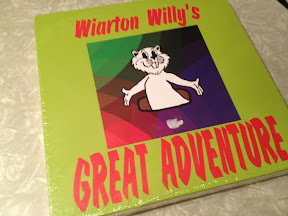 This game is a pretty small time affair. I couldn't find much on the net about it. 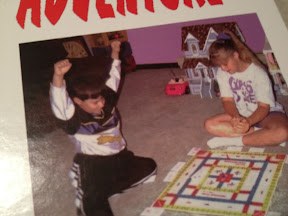 This photo on the back of the box. This was a clue that the game wasn't made this year. 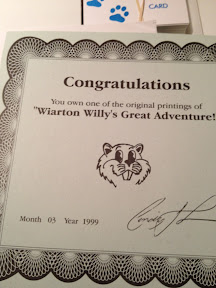 This was another clue! A certificate stating that I have an "early" printing of the game. Yep.

Or maybe it did. I don't know much about Canada. 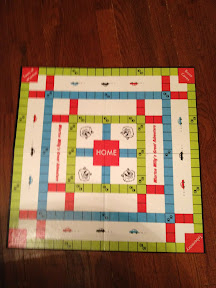 It's a simple roll, move & look at cards game. I enjoyed it.

According to the cards Wiarton is a dangerous place. 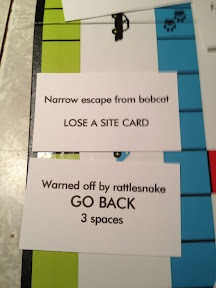 Rattlesnakes and bobcats roam the street. 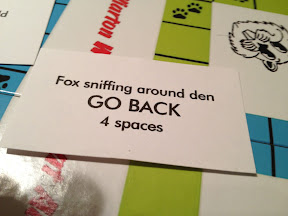 Plus Fox is sniffing around everywhere. They probably wanted to make a show to replace Married With Children. 1999 was a rough year for Fox. 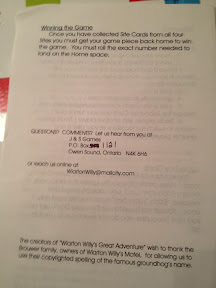 On the back of the rule sheet an address has been crossed out and erased.

Some poor schlep probably had to do this on each copy.

Must have taken at least 2 minutes.