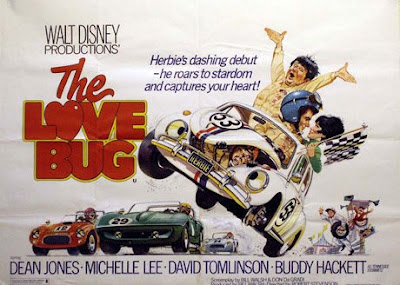 I love Herbie the Love Bug. I have a poster for each of the movies (even the one with Bruce Campbell that even Disney seems to forget): 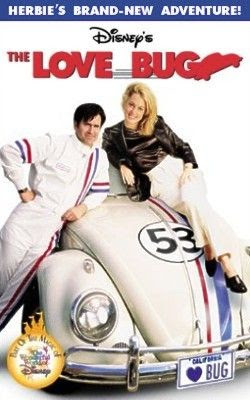 Plus I have lots of variants. Back in the the 70s it wasn't uncommon for movies to have different posters for different areas or different cultures.

Some would be less accurate than others like this one where Herbie is yellow: 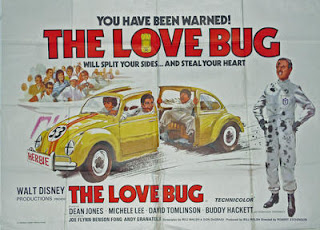 Or this one where Herbie is red: 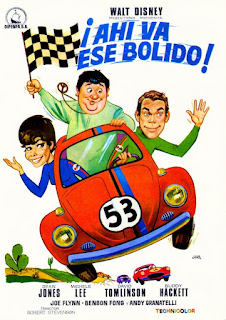 Or this one where Herbie is black: 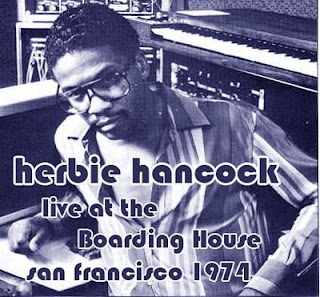 So when I saw this one the other day I assumed it was some variant I had missed over the years:
Turns out it's not. There was a German series of films about Dudu the Superbug.

The films seem like a cross between The Love Bug and Knight Rider.

The car is called  "Dudu" because of the city code for Duisburg, Germany that appears on his license plate.


Here is the info I found on the 5 films: 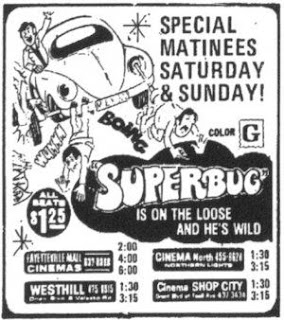 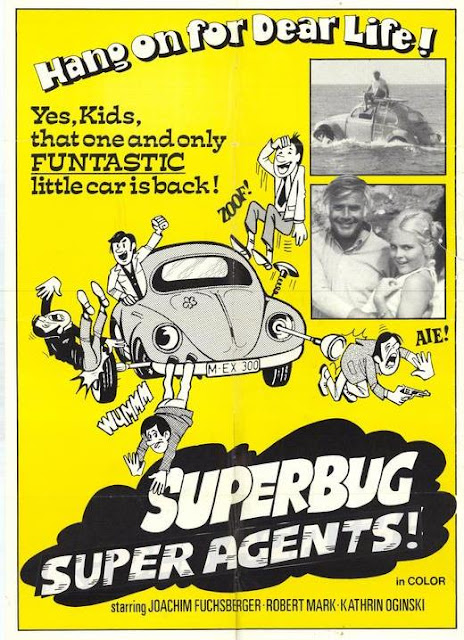 #3
1973- Ein Käfer auf Extratour
AKA
"Superbug, The Wild One"
"The Superbug on Extra Tour"
"Superbug Rides Again"
DVD on AMAZON 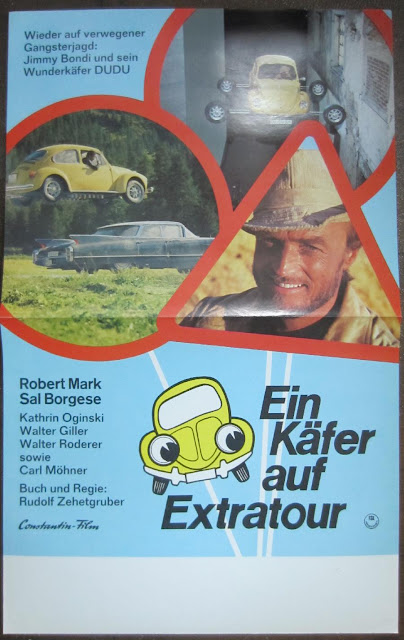 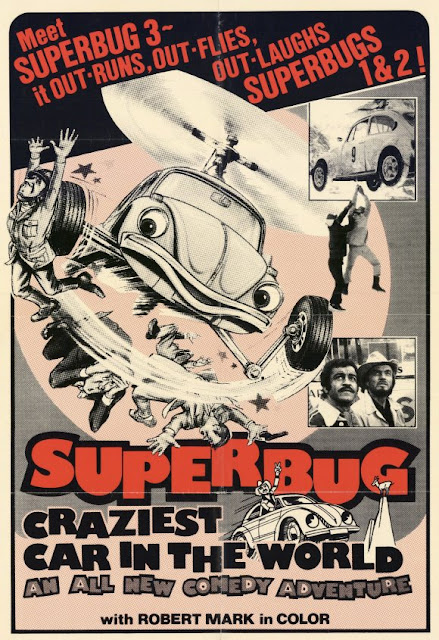 AKA
"Son of Superbug"
"Superbaby"

It's an interesting dose of German cinema. Herbie-sploitation is a genre that I didn't know existed.

With all the different titles it was pretty hard to get a handle on what order the films came in. I am pretty sure I nailed it down above.

Still, the internet is littered with mistakes on this. Amazon lists the wrong years for some of the films, the poster for part 4 calls it part 3 and the IMDb seemed confused in the "movie connections."

Sadly, it looks like part 4 & 5 aren't available in the U.S.A.on DVD. The DVDs that are out there for the others may not be in English. I think I have to buy one to find out.

The whole series is on DVD in Germany.