A bunch of stupid pictures

Hey! Look at this dude and this lady! They met Ted Danson: 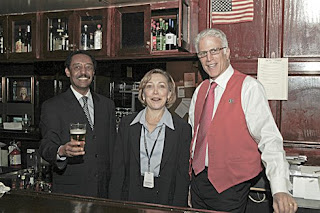 And they met him in a bar! Wowee! That is too cool. Ted is dressed like he is either in a barbershop quartet or a ticket taker at General Cinemas.
Also, is that flag on the wall behind him? Or did Neil Armstrong land on his head and put that there?

Look out kids! It's Bob Newhart: 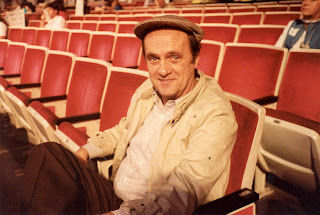 They say this is from the rehearsal of the 37th Emmy awards, but I like to pretend he was at a Gwar concert but couldn't find anyone to go with him.

I don't know who this guy is: 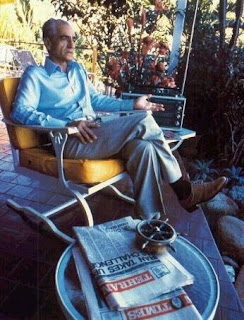 But I love his ship's steering wheel paper weight. Rock on stranger. 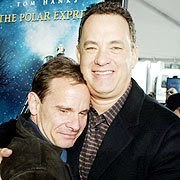 The two Bosom Buddies stars reunited at the premiere of Polar Express. Peter pressed his head to Tom's bosom and the photo was snapped. Later Peter started to cry and Tom wiped his tears with million dollar bills and drove him home. They were able to put Peter's 83 Ford Escort in the trunk of Tom's giant limo. 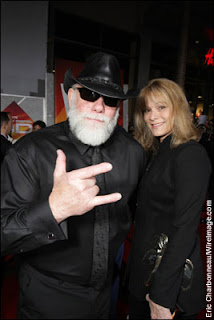 Randy showed up at the premiere for Disney's Bolt looking like Uncle Jesse from the Dukes of Hazzard... well, things could be worse. He could look like Uncle Jesse...
...from Full House!

John Travolta in a plane: 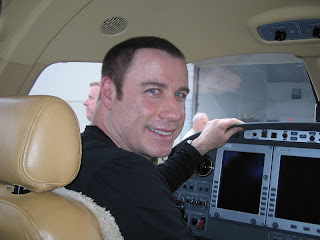 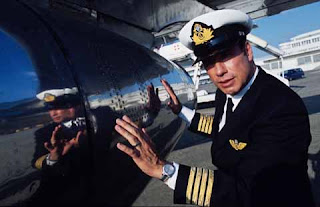 He knows all about planes! 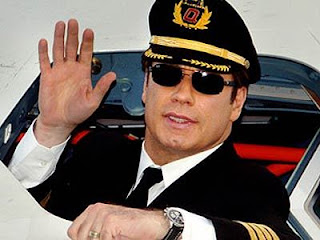 Yes sirree! We know he likes the planes! 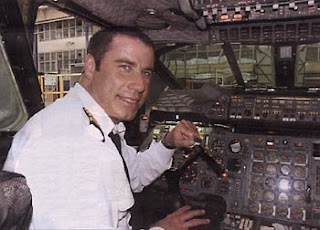 Flying the friendly skies! He likes the cockpit! 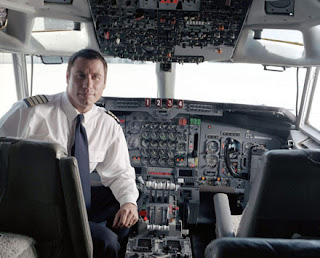 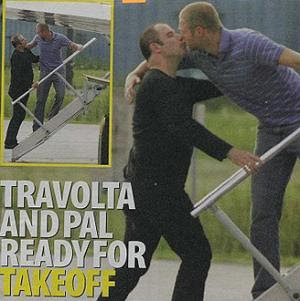 We know it! You like planes and kissing dudes! Enough!
Posted by Guy Hutchinson at 1:14 PM