Well, not entirely. But The Alpha-Bots Christmas is one of the strangest things I have ever watched. Strange in an amazingly awesome way.
It starts off with a news bulletin. In black and white for some reason. I'm not sure if this is supposed to indicate that this takes place in the past.
There are some new robots that are now available. 26 of 'em. A-Z. They charge in the box. That's important. Remember that.
Then we see an old time radio and we hear the news bulletin again.
I am confused about the old time radio and black & white footage, but it's the least of our worries.

Oh yeah, they charge in the box, don't forget? 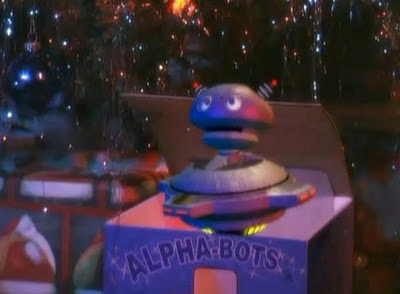 Then Santa shows up and talks to Z-bot. Z-bot wants to go and play, but Santa insists he stay in the box. He charges in the box, you know. 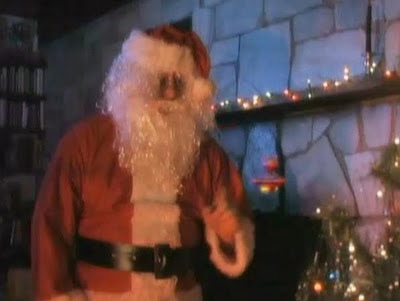 For a product that charges in the box, I am surprised that the box is a simple flimsy cardboard box. 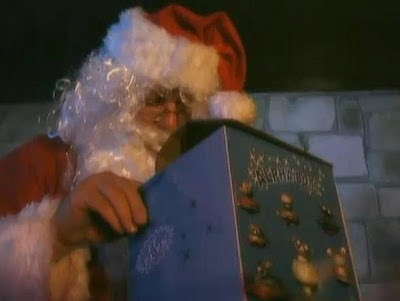 Poor planning.
Then bots A through Y show up and ask him to come play. It's around this time that I noticed that Z-Bot sounds like Orko.
Z-bot insists on staying home. He'd like to play, but Santa is a control freak.
The other 25 bots sail around the neighborhood.

This is how they play. Just flying around. Don't get me wrong, I can't fly, so I would be awesome to fly around the neighborhood... I just expected some rowdier play from these robots. 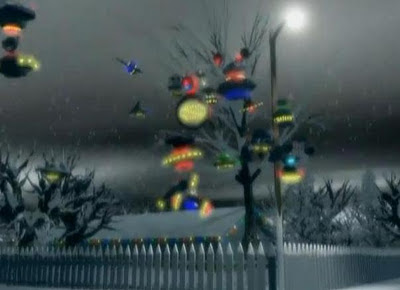 About ten seconds later they get bored and go back to Z-bot. They figure they will play with him at his house.
Then they start to slowly spell out letters as Z-bot reads the letter back. 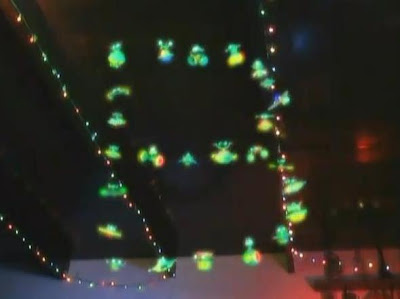 By letter "C" I started thinking that they wouldn't do the whole alphabet. They couldn't... could they? 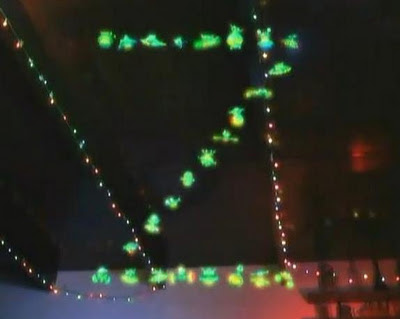 What happens next? Well, you have to watch to find out.

But remember, they charge in the box.

Scroll back up for the video if you dare. Or just close this page and move on with your life. Makes no difference to me.

Posted by Guy Hutchinson at 3:54 PM