I find a whole bunch of strange things at the dollar store. I have found bad action figures, weird brands of toothpaste and even a book bag. Well, I guess the book bag wasn't that weird. It was just a good deal.

Anyhoo, I have found the strangest of them all: The Toy Toilet. 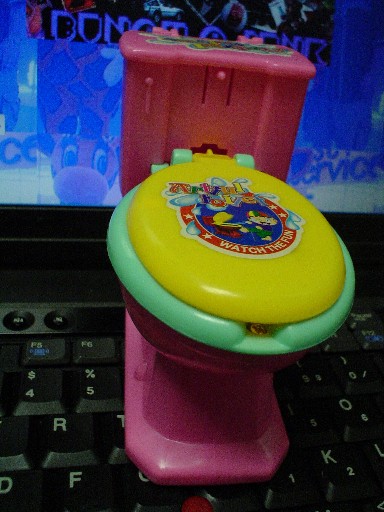 The whole concept of a toy toilet seemed strange to me. Why would someone want to play with something so... uh... IT'S A TOILET, DAMMIT!

However, just being a child's plaything based the most revolting piece of furniture in your house would not be enough.

This product is called "The Artful Close Stool." Oddly, "stool" is the only word with any relevance to the product. 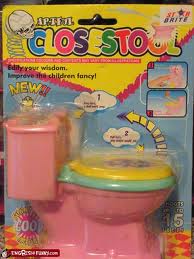 The packaging promises to "edify your wisdom" and "improve the children fancy."

What more could you want? 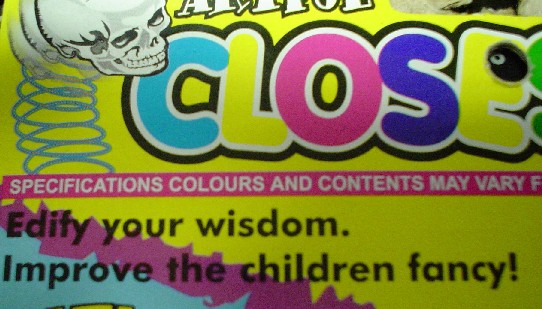 Oh yeah, a toy that isn't a toilet.

Anyway, the Artful Close Stool promises to do 2 things.

#1. If you open the tank a "skull would jump." They ain't kidding. Attached to a small spring is a little skull. Pop the tank open and the skull leaps out.


Not the scariest skull ever, in fact, he looks a little like Johnathan Lipniki. Still, what purpose does this feature serve? Do we want to make kids scared to open the tank since that's where dad hides his drug money? I have no idea. 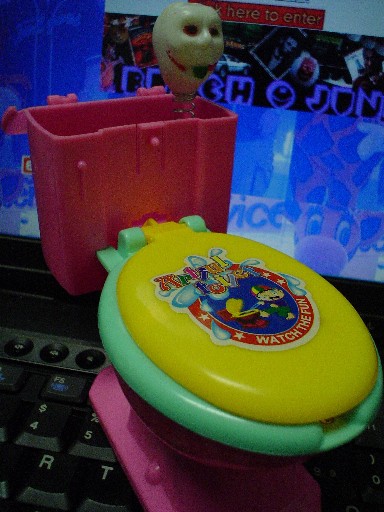 The other feature is a little more obvious.

What they mean by that grammatical nightmare is that this toy is kind of a water gun and the lid is the trigger. It works and it's a relatively cool prank to pull on someone. However, it hardly shoots the "15 feet" that was promised.

Maybe they just meant you should shoot it at 15 people's feet.

That would improve the children's fancy in all of us.
Posted by Guy Hutchinson at 10:44 AM