Ahh, the Run to the DMC, baby. Perhaps the greatest rap group that ever walked the earth in Adidas low-top Superstars. Let’s take a look at one of their minor hits, They Call Us Run DMC. 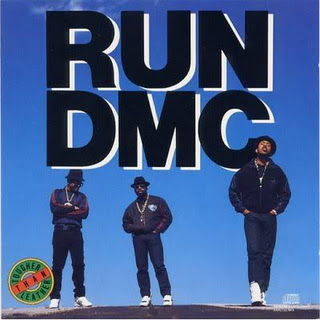 "They Call Us Run DMC"

Not to be confused with the classic film They Call Me Bruce, this song was released several years later. I bet no one was confused. People were confused by the song You Can Cal Me Al by Paul Simon. What the heck was that about? Why wouldn't we call him Paul? He was stupid.

Here are the lyrics to They Call Us Run DMC:

Now that I waxed the crowd, I'm feeling proud and loud
Shoulda screamed on a sucker, but I stepped and bowed
Now that I'm back to 'tract, I'll attack for fun


Waxed the crowd? Feeling loud? Screamed on a sucker? I'm back to 'tract?
Does it concern anyone else that the only part of this so far that made any sense was "I'll attack for fun?" AND THAT was disturbing.


You gotta love Jam Master Jay. I wish you could hear this! He pieces together little bits of audio to make GOLD. He's like your grandma! You know how she saves a little bit of marmalade for two years and then makes a cake out of it. Or maybe that was Paddington Bear's grandma.


[D.M.C.]
I'm strapped with rap when I attack, I'm stunning
Darryl Mack on track and I'm off, and running


I wouldn't run if I were you, Darryl. You are on track AND off. That can be very painful. I hope you remembered to stretch.


Don't sneak this peak, because I keep, on taking
the lead with speed, and records keep, on breaking
I pop and drop, all opp-osition
and pop hip-hop, cause I'm the top, position
I ill and chill, cause my skill, is super
For a mill I thrill, but I'm still, a trooper


"Trooper" is a Canadian rock band founded in 1965 that featuring vocalist Ramon McGuire and guitarist Brian Smith. In 1974 they had added Tommy Stewart (drums) and Harry Kalensky (bass.) The band was signed to Randy Bachman's "Legend" label and in 1975 released a self titled album; "Trooper", containing the hits "Baby Woncha Please Come Home" and "Good 'Ol General Hand Grenade."
I can't find any information as to what capacity Darryl performed with the band (if any.) It is possible he considered himself part of the "Trooper Army", a legion of devoted fans.


I'll slay and stay till there are none
So romance and dance and prance, a to the chants of


Maybe it wasn't Paddington Bear, maybe I am thinking of the Velveteen Rabbit. God, that was sad.


[Run]
Well I stomp and chomp, all comp-etition
Make break and take you cold on, a mission
Raise hell, excel, and tell you, who's winning


And now, behold as Run does his best Howard Cosell and tells us "who's winning":


I'm boss, you lost, before the game, first inning


Shoot. I'll never make the All Star Game with THIS kind of play! I lost BEFORE the game! Not even the Kansas City Royals can do THAT.


Let's go and flow, to the rhymes, I'm saying
Cause it's fun for Run to see the crowd, obeying
Mic be checking I'm wrecking we're never second to none
So let's snap and clap and tap, to the to the rap of


I'm pretty sure I have this all wrong. Maybe it's Charlotte's Web. Let me check MLB.com.

[D.M.C.]
I'm not the king because (cause) I sell the most
I just bring the laws (laws) cause I'm the host
I got a crown I wear (R: So what it mean?) I rule
I come to town they stare (R: Cause D.M.C.) is cool
because, the crowd, is on it
Drop this beat and pause, the tables are turning
Break backs on track and I can even act


He can act, sure, but can he spin a web that says "that's some pig" and then have the whole town so excited about the pig, but too stupid to realize that it was the spider that spun the web, not the pig. What a stupid town. You can call THEM Al.

So max, relax, new jacks, and get the facts from


ME: That's not true! I love you.
RUN: Oh wait! My cell is roaming. Could you call me at home?


Run DMC’s King of Rock
RUN DMC’s Rock Box
RUN DMC’s: Hit It Run
The Fat Boys: If it aint one thing…
Posted by Guy Hutchinson at 8:13 AM