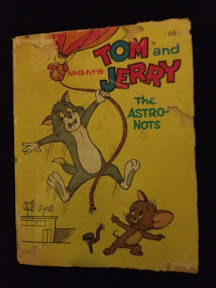 Here is an old book I picked up at a garage sale last summer. The date inside the cover is in Roman Numerals (should numerals be capitalized??) so unless I travel to ancient Rome (should ancient be capitalized??) we will never know exactly what year it was published.

Still it's fun to flip through.


I started to read it the day I got it but I never finished it. It's almost 250 pages. As silly and simple as the writing is, there is still a time investment with this book. 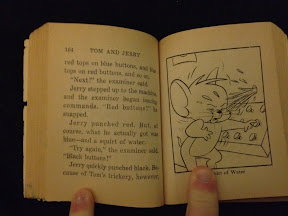 The plot has to do with Tom and Jerry both competing to become astronauts. Astronaut training seems to have a lot of spelling involved. Seriously, I think the entire second chapter is about the spelling test they had to take to go to the moon. 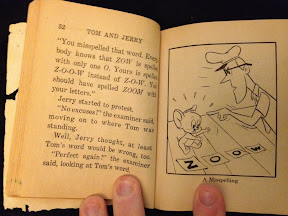 Jerry wants to go to the moon because he thinks it's made of cheese. 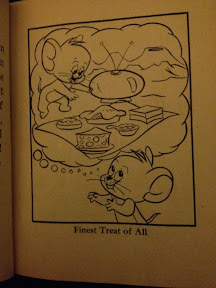 I like that this book exists. I like that people put time into crafting an absurd story and drawing pictures so any youngster with 69 cents could enjoy Tom and Jerry's trip to the moon.

at the end of the book there is a list of other books you can buy some of which seem to include Tim Tebow going places: 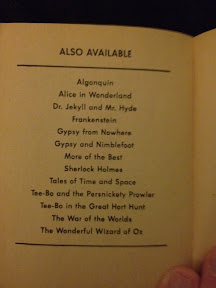 They also list other books available on the back cover: 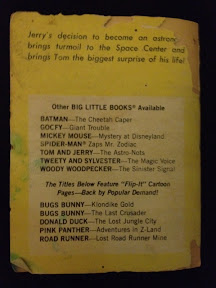 I don't know about you but I'd love to read "Spiderman zaps Mr. Zodiac" or "Pink Panther's Adventures in Z-land."

But, I probably wouldn't finish them either.
Posted by Guy Hutchinson at 11:09 AM