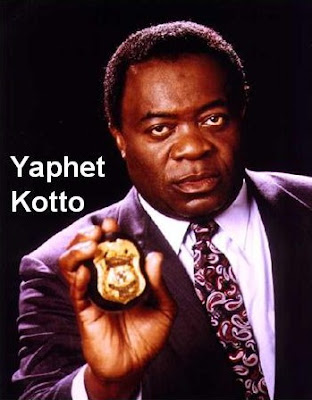 I bet the system works like this: Cameroon is broken into 4 provinces (or Luplups as the locals call them.) Each Luplup is run by a Lord, a Landlord, a Governor and a Crown Prince. The four Crown Princes report to the President and he reports to Kirk Cameron.

Either way, Yaphet's dad wanted more and so he came to America in the 1920s. Yaphet started taking acting classes at 16, made his stage debut at 19 and started acting in films in his late 20s. He has since appeared in close to 100 TV and movie productions.

One of my favorite performances by Yaphet is in the James Bond actioner Live and Let Die. 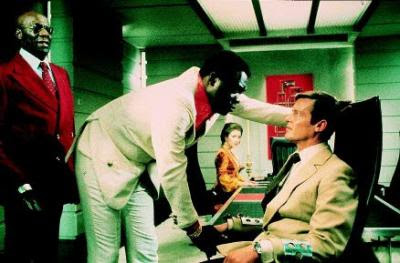 This is one of my favorite films of the Bond franchise and Yaphet Kotto is my favorite villain.

Bond kills him by inflating him until he explodes.


He is called Mr. Big in the film. Not the best Bond villain name.

He is also known as Kananga. Still, not all that inspired... but when your REAL NAME is YAPHET KOTTO. Every character name has to be a bit of a let down.

He once put out a poetry record and there is a band out there that stole his name.

One time he stuck his thumbs in his ears and someone took his picture: 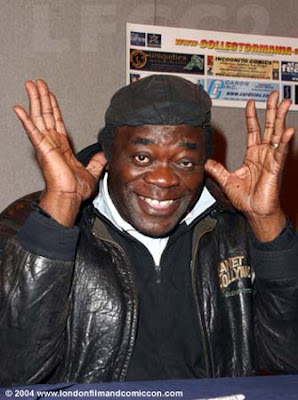 Yaphet Kotto!
Posted by Guy Hutchinson at 11:57 AM