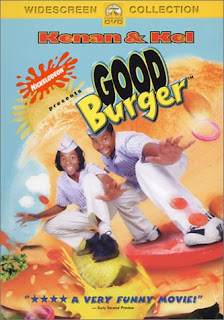 In 1997 the film Good Burger opened in over 2000 theaters. The film debut at midnight in most cities around the United States. It went on to make over 50 million dollars on Friday and by the following weekend it passed Titanic to become the highest grossing film of all time. Soon people all over the world were buying up merchandise and "consider yourself tomatoed" became a national catchphrase.
The film was quickly followed by Good Burger 2: The Return of Mondo Burger which proved to be as popular as the original. Then in 2008 the duo of Keenan and Kel were elected as the first Black President and Vice President on a platform of lower taxes and putting Osama Bin Laden into "the grinder."
And Guy Hutchinson had a nice 4 day weekend and drank some good lemonade.

Ahh, what a perfect world that would be.

But alas, Good Burger opened quietly, didn't rock the box office and I never got any lemonade.

Still, I love this movie. If you haven't seen it, here is a synopsis:

Based on a sketch from the 'All That' Nickelodeon series, Good Burger stars Keenan and Kel (I am not sure about the rest of their names. Maybe it was Keenan Ivory Wayans and Kel Penn.)

Kel plays Ed, a doofus who works the counter at a fast food joint. Keenan plays Dexter, a kid who broke Sinbad's car (the actor, not the mythical sailor.)

Soon the duo are working together at the Good Burger where Abe Vigoda and K-Fed's other baby momma (Shar Jackson) crack jokes.

But all is not well. Soon Mondo Burger opens, a bigger burger joint. On the verge of bankruptcy Good Burger starts using Ed's secret sauce and 20 minutes later George Clinton dances and the credits roll.

What do you think is the recipe for his sauce?

I saw him putting in carnation milk powder, whole unpeeled onions, and pickles in the scene where he was making the sauce. He also apparently puts in lemon juice and ketchup when he almost keeps blabbing the recipe. And I wonder how he got it to look all saucey? He probably put in a lot of water. I'm going to experiment this tomorrow but like I'm going to make a whole pot of it? no way.

Here is what the Good Burger looks like today: 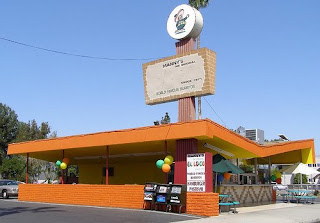 It's a taco stand. In the film I think they simply made fake walls to create a building around the counter. 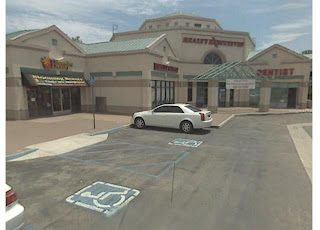 It's a real estate/dentist office! In the movie you can see the dentist sign on the outside of the building.