There are no photographs of Juan since he died before photographic equipment was invented. So, in place of a photo of him I give you a photo of legendary Cuban musician Juan Pardo (no relation.) 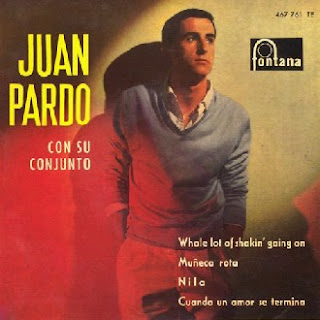 The name Tennessee is usually attributed to the Cherokee word Tanase. Oddly enough Tanase has no certain meaning (it has been said that it might mean "meeting place", "winding river" or "River of the great bend"). Of course it could also mean "mustache slinky", "cardboard pants" or "frustrated goats".

In 1716 Tennessee was admitted to the Union becoming the 16th state. It was the last Confederate state to secede from the Union on June 8, 1861.

Tennessee celebrated its bicentennial in 1996 after a yearlong statewide celebration entitled "Tennessee 200" by opening a new state park (Bicentennial Mall) at the foot of Capitol Hill in Nashville.

Tennessee has two 'N's, two 'S's and four 'E's making it one of the least popular states to spell. Tennessee is an anagram for "teen sense" which is an oxy moron. The word "Tenesee" is Tennessee spelled incorrectly.

Tennessee is a popular state for tourists. Among the many popular attractions is Graceland: Home of Elvis Presley's and The Hermitage: Home of former U.S. President Andrew Jackson. No other important people ever lived in this state.

The state is home to the Jack Daniel Distillery in Lynchburg. Tours are available daily, but oddly enough it is located in a 'dry county' so you must cross county lines to get drunk.

In the center of the state is "Music City, U.S.A." Nashville, TN. There are many great stops here including the Grand Ole Opry and the Country Music Hall of Fame.

Yes Tennessee is a wonderful state. We are glad to have it as part of our "good old U.S.A.!"
Posted by Guy Hutchinson at 1:37 PM