Here's the poster for the recent Muppets film.

The poster is full of obscure Muppets like "the big blue guy" and "the blonde hippie muppet chick".

Plus upfront we get the two human stars and the new Walter puppet. 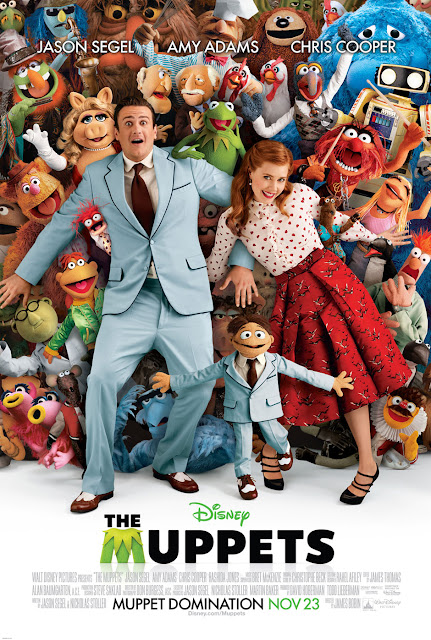 The movie was very successful as far as Muppet films go... but Disney had poured so much money into promotion that, when it was outgrossed by Chipwrecked, it was just a moderate success.

So, the promotion department at Disney made some changes to the art for the DVD: 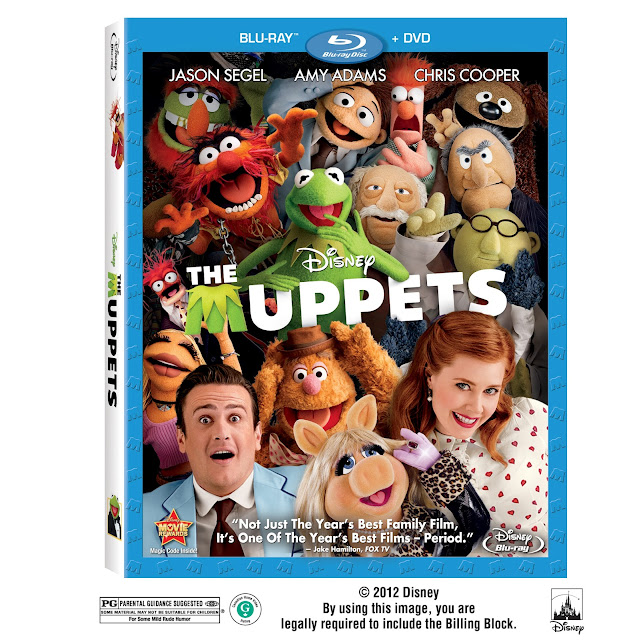 Jason Segel has been cast off to the bottom corner. Amy Adams fares slightly better... but Walter? He's squashed into the top.

Obscure Muppets have been banished and, worst of all:


Look above Amy's head. See Gonzo's arms? Yep. Do you see his head?