I made a life changing decision this Groundhog Day. I spent that evening watching the movie Groundhog Day, the Rankin Bass Groundhog Day special "Jack Frost" and a documentary on groundhogs and their connection to weather.

It was the greatest Groundhog Day ever.

I decided to jump feet first into every holiday henceforth. So, starting on the Friday before Superbowl Sunday I started watching every football themed thing I could. As I got closer and closer to the bottom of the barrel I decided to watch all three iconic football themed Brady Bunch episodes.

First there is the one where Greg steals the mascot of the opposing football team: 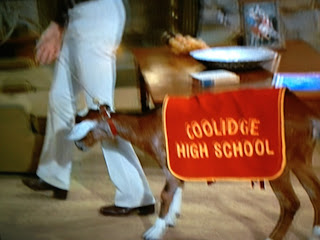 Greg hides this goat in his room and the whole show has a weird Three's Company vibe where everyone thinks he has a girl in his room. It's fun.
Sadly, they never show any football.

Let's call her Missy, I always liked that name. Missy gets hit in the face with a football. 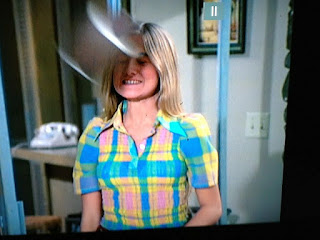 This show was about Missy breaking a date with a guy. She liked this guy, but didn't think he was cool. I don't remember his name at all. Let's call him Spiro Agnew. I always liked that name.

Missy broke the date because she got another date with a really cool guy. We shall call him Fonzie.

Really all that matters is that she gets hit in the face. Its hysterical.

In the end she comes clean about lying and the Spiro Agnew kid still goes out with her. Dumb ending. She never learned her lesson.

Finally it's the Joe Namath episode: 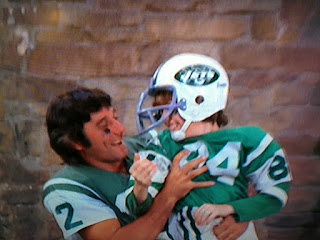 In this one Joe Namath hits Bobby in the nose with a football and then kidnaps him and keeps him in his room.