Mister Rogers' T-Shirts in the HIZZZZZZY!

I have this shirt: 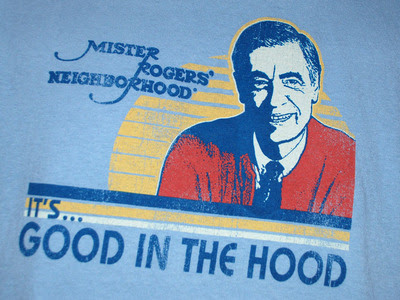 I wear it a lot. It's comfortable and it has MISTER ROGERS on it.

I get one of two reactions:

1) Love that shirt! I watched him all the time.
2) Who is the man on your shirt? Is he a politician?

Let me drop a plug in here for neighborhoodarchive.com. Its a great site all about Mister Rogers. If you looked at the image and thought "Who is the man on your shirt? Is he a politician?" go there and read up.

They did a post recently about Mister Rogers shirts. They showed these awesome retro shirts: 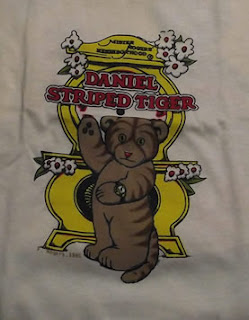 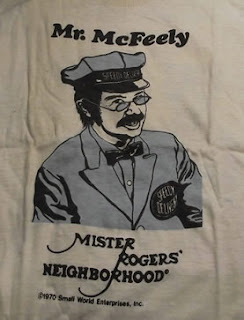 I would totally wear those! Then they showed some of the newer Mister Rogers shirts: 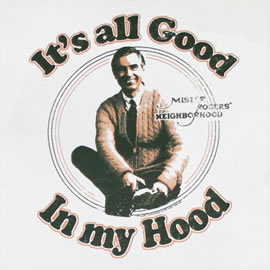 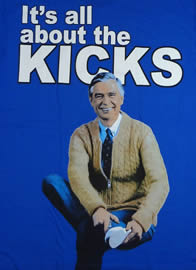 Here is another I found online: 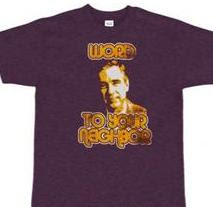 What is the deal here? Why do all Mister Rogers shirts now have some silly Hip Hop slang on them? It's like they found the most un-hip person they could and he watched MTV for 5 minutes and then typed up this nonsense.

Its the same with the shirt I have. I would rather it didn't say "It's good in the hood" but for some reason they can't do that.

Oh well, if that's what they need to do, I will throw in these suggestions for future Mister Rogers shirts: 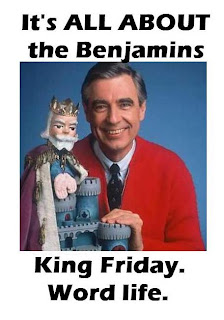 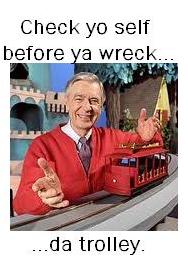 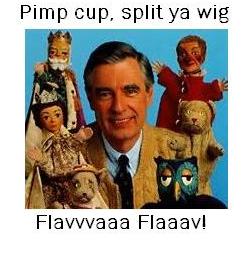 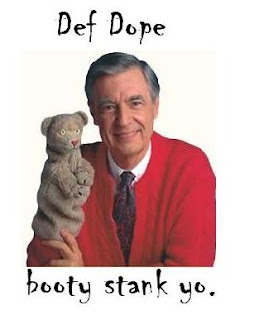 Posted by Guy Hutchinson at 9:54 AM