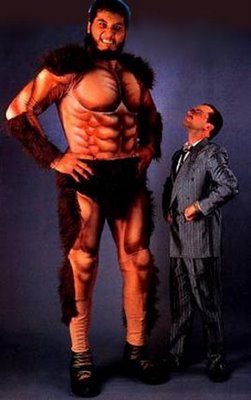 He is also the only asterisk in The Undertaker's "Wrestlemania Streak". Yes, in the pantheon of fake matches that The Undertaker has had at Wrestlemania he has been selected to win all of them in a decisive fashion- except when he fought this dude.

Here he is in the later modification of his costume: 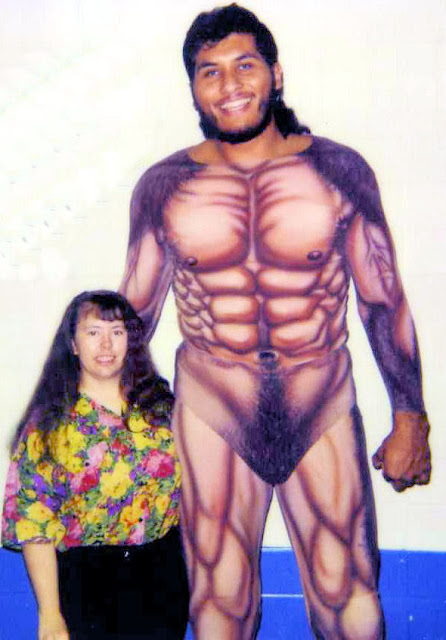 Yep. Look at that lady standing next to his furry area. Now look away! Quick! 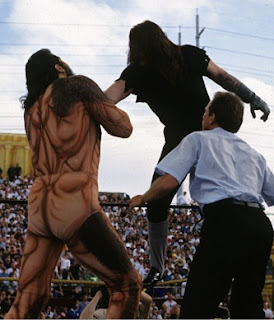