Do you get "Something Weird" on your cable box's ON DEMAND menu? Something Weird is a company that puts out odd old movies and seems to have a treasure trove of nonsense with no place to put it.

So, they put it ON DEMAND.

This particular bit of motion picture madness is a featurette designed to advertise some kind of horror stage show starring Kara Kum. First a nerd comes on the screen and tells us all about it. 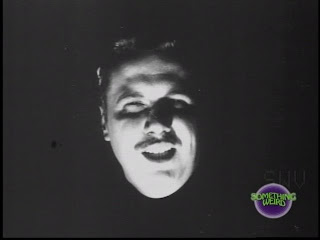 He says each line slowly followed by the 'sinister laugh' that is so cliched I have seen four year olds do it on Halloween night.

This ad is old, so perhaps the 'sinister laugh' still scared people. Even when it came from some postman's disembodied head? Maybe not. 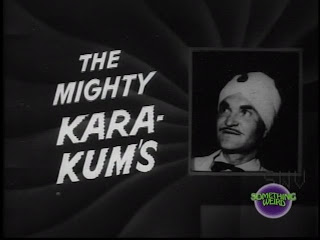 Then they show us title cards as an announcer repeats the same nonsense about Kara Kum... or Kara Kum's. They can't make up thier minds.


They promise 1001 thrills. That's a whole lot of thrills. 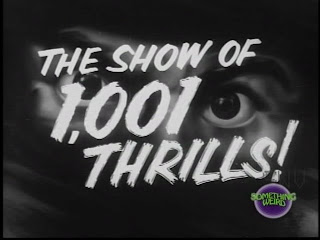 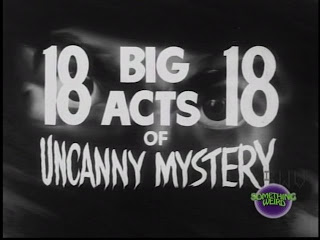 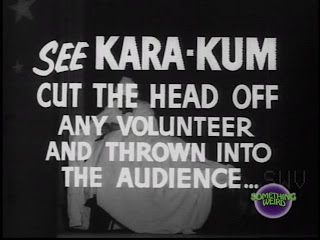 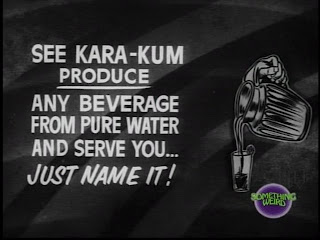 That's a neat trick. I would tell him to produce Ice T. Then see if he produces the rapper Lifetime TV cop show actor. 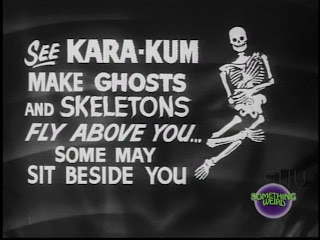 That's pretty cool. Especially if you went to this stag. 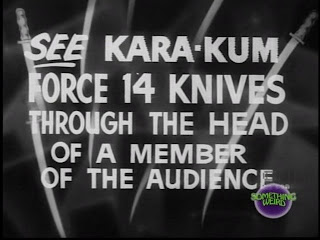 Wow. Again, now I don't know if I want to be in the theater. What if I am THAT audience member? 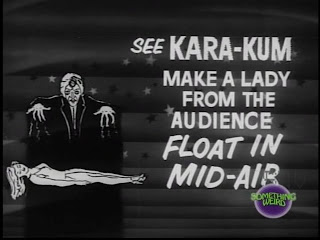 Yeah, at this point that wouldn't be impressive.... unless she is wearing the sexy body suit this poorly drawn lady is wearing in the ad.


After a whole bunch of these claims the voice over poses a question: 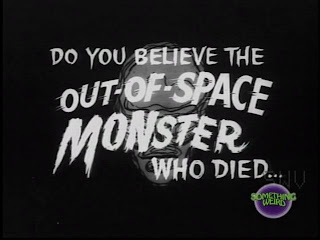 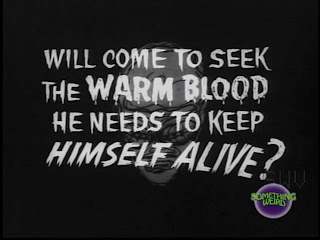