Photos of Mr. T on eBay

I am a big fan of Mr. T.
I have been a fan since I was a kid sitting in my pajamas on Saturday morning eating Mr. T cereal as I watched the Mister T cartoon.

They spelled out "Mister" for the cartoon.
I don't know why.

Checking eBay I found some amazing photos. I guess a better word than amazing would be weird. I don't have too much to say about these, but I wanted to share. 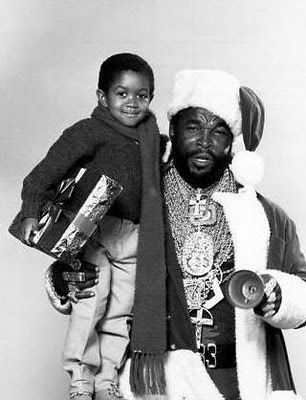 You know what ISN'T ugly? This: 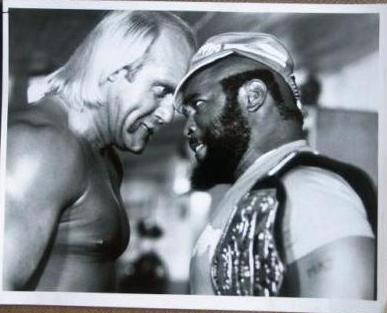 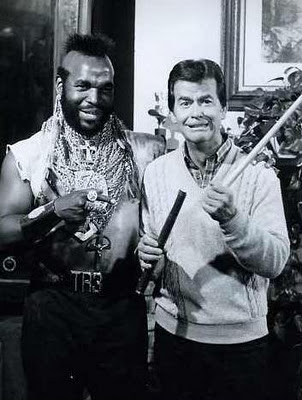 At first glance this looks totally normal. But what the hell is Dick Clark doing? He's holding a couple rods and making a face like he was caught by a fish hook. 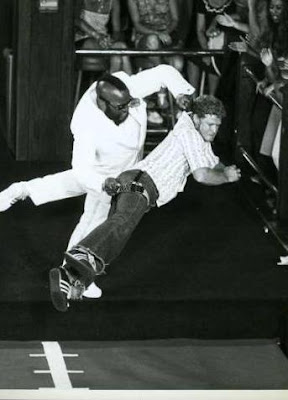 Prior to Rocky 3 and The A-Team, Mr. T appeared on the show "Games People Play" as part of a World's Toughest Bouncer. Of course he won. 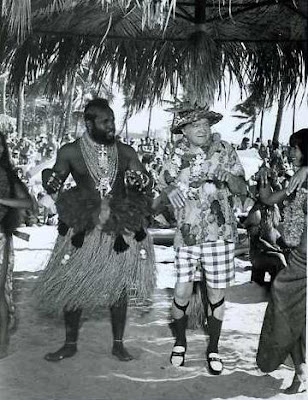 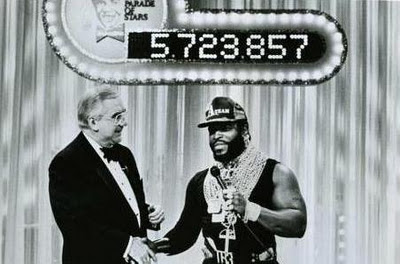 This appears to be Mr. T giving Ed McMahon 5 million dollars. Then he butted heads with him and tossed him... I hope. 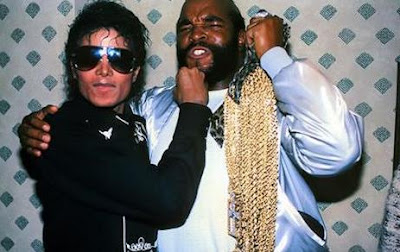 Michael Jackson punching Mr. T. One of the cool things about this photo is that Mr. T is holding all of his gold chains. The chains he wore on A-Team were designed to have 1 hook in the back for all of them. That's why he can hold 'em with one hand.

What a fantastic group of pictures. I hope you love em.
Posted by Guy Hutchinson at 2:43 PM