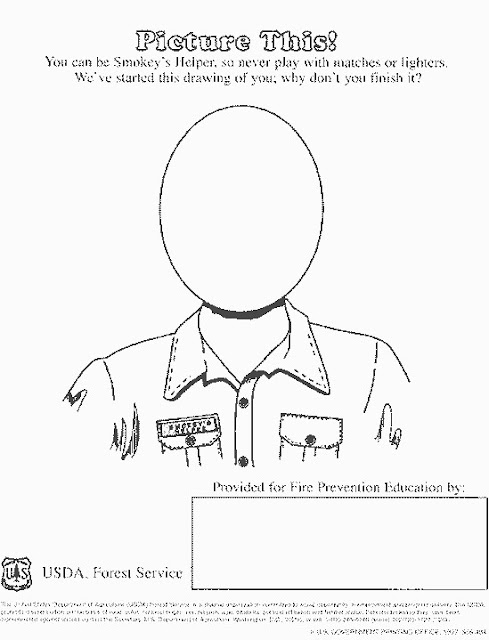 Yes sir, you can be Smokey's helper! Isn't that cool? Just add your face over the giant egg!

Smokey just asks that you not play with matches. I think you can't sell photos of him to the paparazzi, either.

That’s a shame because I have a juicy shot of him leaving a seedy hotel with one of the Care Bears. I think it was Tender Heart Bear or maybe it was Skanky Tramp Bear. I don't remember.

But who cares! I'm Smokey's helper. All I have to do is NOT start fires. You know what? Smokey reminds me of a friend of mine in high school. His name was Ben and one day he came into school and started talking about motorcycles. He loved stupid motorcycles. If ya asked him what he thought of the NAFTA trade situation he would find a way to steer the conversation back to motorcycles. Eventually I just tried to avoid him.

Smokey is probably just like Ben. At first you are interested in the whole 'preventing fires' thing because HE is interested. But after a while you just wanna hit 'em with a shovel.

I think I will give this page to Ben. He was badly injured in a motorcycle accident during college. Now HE kinda looks like a giant egg. He won't even have to draw his face!