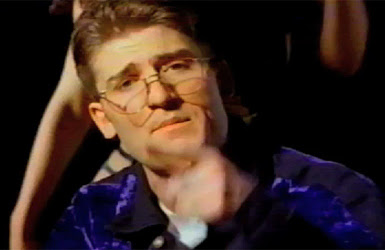 Remember Snow? He was a rapper back in 1993 that scored big with a song called "Informer".

Informer was a bizarre song, and to be honest I hated it. I hated it in 1993 and I still hate it today.

I'm not sure why I am writing about it.

If I were you I would probably hate reading about it.

Snow was, as his name suggests, white. White like snow. Snow white, but without the dwarves. He was white. In 1993 all white rappers had to give themselves a name that suggested their whiteness.

It was the golden age of white rap. 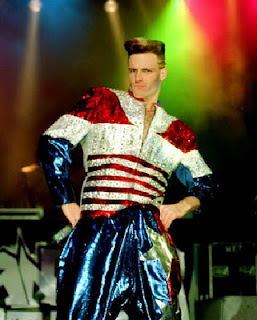 Guys, I really don't feel like writing this. I am going to take a short break and talk about the two Dr. Dres. 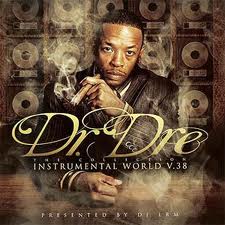 Dre #1:
This Dre pioneered gangsta rap with hardcore raps about a life of crime. Early in his career he was part of the group N.W.A. That group was often confused with the Pro Wrestling organization.

At the same time, Dre was being confused with another Dr. Dre. The world had too many N.W.A.s and too many Dr. Dres.

The American public began to panic, thinking there may not be enough words in the English language to sustain the rap culture. 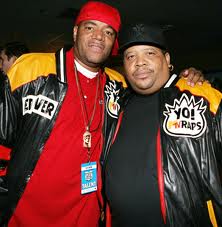 Dre #2:
This Dre spelled out the word "doctor" making him Doctor Dre.

He was co-host of Yo! MTV Raps with Ed Lover.

Doctor Dre is much fatter than Dr. Dre. In 1993 it was decided to make the duo the new Abbott and Costello with the film "Who's the Man?".

The identity of the man was never discovered, so Dre and Ed became radio hosts in NY.

Neither Dre is an actual doctor.

Alright, I have put it off long enough. Here are the lyrics for Snow's hit song informer:


It should be noted that Snow talked fast. REALLY FAST. He would babble the lyrics like a Rastafarian chipmunk. All you heard was "Informer, blah blah blah, lickey boom-boom down." He was so fast that MTV actually put subtitles on the screen for the home viewers. 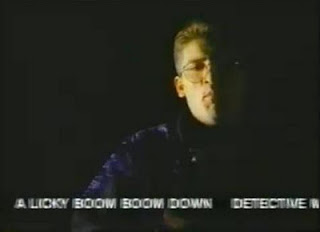 So far, Snow has revealed that a 'Tective (I assume that means Detective) said that either him or his father stabbed someone down the lane.

Funny, I never thought of people getting STABBED on a "lane". On a "street", sure. An "avenue" most likely. A "boulevard" absolutely.

I guess Snow has enlightened me to the troubles of the world.


Yuck. And MTV offered SUBTITLES for this! So, the police arrested him and checked out his butt. Great lyrics, Snow.


I don't know if Tammy will take you back now Snow, it seems the police are your lovers now.


Yes say Daddy Me Snow me I feel cool and deadly
Yes the one MC Shan and the one Daddy Snow
Together we-a love 'em(?) as a tornado


Being deadly is not cool, Snow, not cool at all. Tell your Daddy that, too. 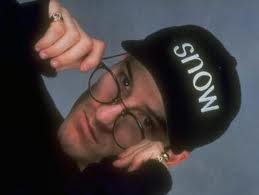 Listen to me ya better listen for me now
When-a me rock-a the microphone, me rock on steady-a
Yes-a Daddy Me Snow me are the article don
But the in an a-out (?) a dance an they say, "Where ya come from?"
People them say I come from Jamaica
But me born and raised (in the ghetto) I want ya to know-a
Pure black people man thats all I man know


Yes, just the "pure black people". Snow did not know of the white man despite living in Canada where there are over 209 million white people.

Come with a nice young lady
Intelligent, yes she gentle and irie
Everywhere me go me never lef' her at all-ie
Yes-a Daddy Snow me are the roam dance man-a


I don't care about this! Do you see what I mean, he's talking about holes in his shoes! This is asinine!

Let's talk about fat Doctor Dre's movie "Who's the Man?". 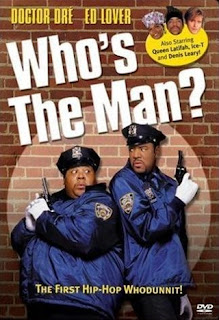 Ed Lover and Doctor Dre play two inept barbers. One of the funniest lines in the commercial is when someone tells them "I wouldn't pay you to cut my taxes." I love that joke, but I have never had the opportunity to use it myself.

Maybe I need to hang out with some inept barbers. Then I can zing them with that zinger.

Anyway, Ed and Dre decide to become cops and end up solving a crime. If only life were as wonderful as "Who's the Man?"


Snow is so cool he never lies flat on a cardboard box. I bet he never stands on a paper cup or sits on a metal bucket either. Snow rocks.

Why would he? [repeat]

Me sittin round cool with my jiggy jiggy girl
Police knock my door, lick up my pal
Rough me up and I cant do a thing
Pick up my line when my telephone ring


OH NO! The police have MC Shan! But, at least they are kind enough to answer his phone.
I wonder if the cops said "MC Shan's phone, police speaking" when they answered.

I hope they did. Take me to the station, black up my hands
Trail me down 'cause I'm hangin with the Snowman
What an I gonna do, I'm backed and I'm trapped
Smack me in my face, took all of my gap
They have no clues and they wanna get warmer
But Shan won't turn informer

Both Dres continue to entertain in their own special ways.

Word to your mother.
Posted by Guy Hutchinson at 8:12 AM