My Trip to the Franklin Mills Mall

When I was a kid an exciting new mall opened... it was GIGANTIC. They called it "The Franklin Mills Mall" but to me, it was like going to Disneyland.
This mall was so big that on the rare occasion we visited it meant a day of sore feet and adventure.

OK, maybe I am overstating it... but it was a fun place to go. 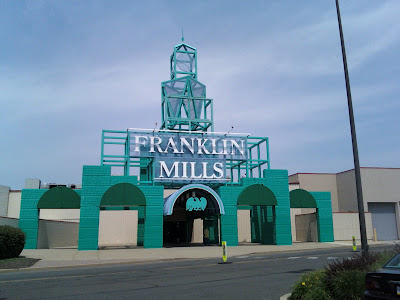 Over the years the mall has been dying a little. It lost many of the top stores that made it a great place to shop. They have been replaced by lots of outlet stores and far too many empty stores.

Still, when I was in the neighborhood I decided to stop by and check it out. 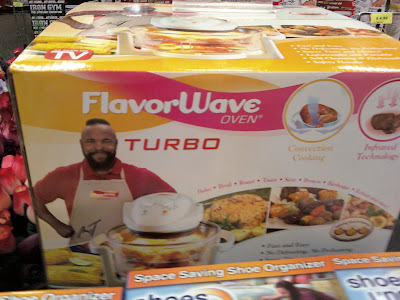 Hey! It's Mr. T and the FlavorWave oven! I actually met Mr. T in this mall when I was a teen. He was promoting his comic book at the time. Today, it's the Flavorwave.

If you haven't seen the infomercial for this product, I suggest you seek it out. If it is to be believed, this oven is like a magic crock pot that can make dinner for 4 in 30 seconds.

And I do believe it. Mr. T has never steered me wrong.
Oh wow.
Sorry, I was just thinking of how cool it would be to actually BE Mr. T's car. I pity the road. 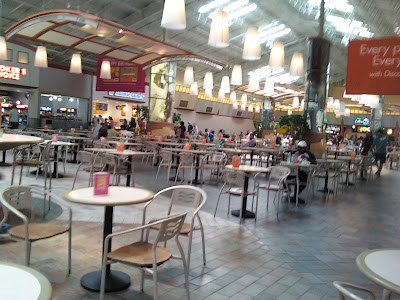 This is the food court area. This is where I met Mr. T.
Today I met a taco and heartburn. 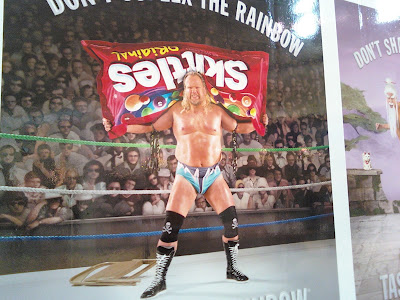 This was a giant poster of a guy beating up a bag of Skittles. 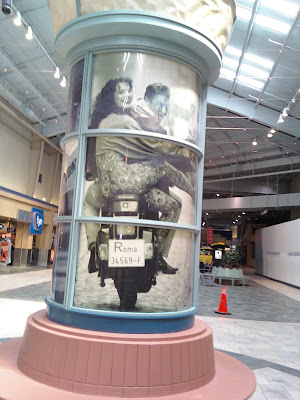 Here is another weird ad. I don't know what it is for, but it shows a Geena Davis looking lady riding on the back of a motorcycle while wearing crazy pants.
She isn't wearing a helmet. 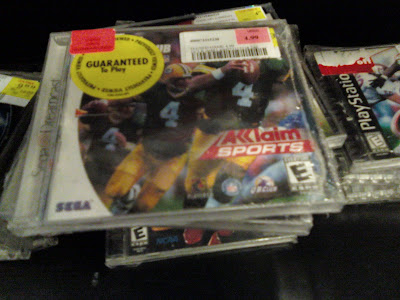 These ancient Sega Dreamcast games said they are "guaranteed to play." I decided to prove them wrong. I didn't play them. 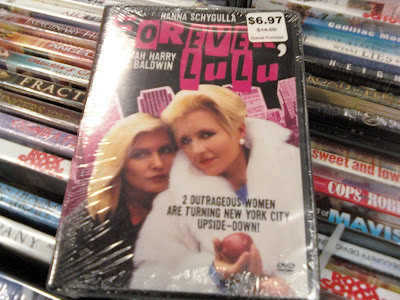 This is a DVD called Forever Lulu. It's about two Martina Navratilova looking broads that turn New York City upside down. 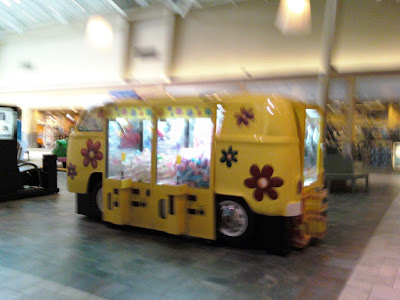 This "claw machine" was shaped like a Volkswagen bus. I assume it was full of dirty hippies. 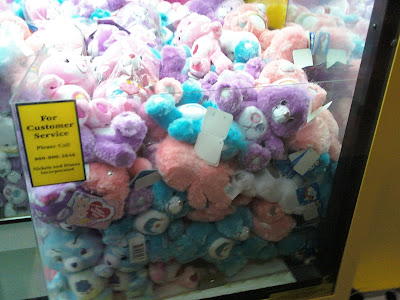 No wait... it's full of Care Bears. That's even worse. 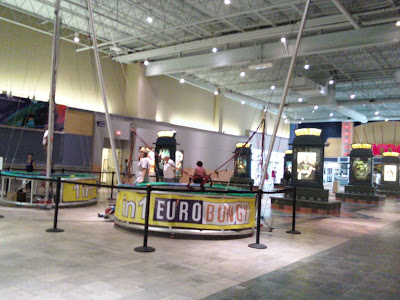 This was a bungee jumping thingamajig. Sure, it's exciting... but not as exciting as putting on crazy pants and riding on the back of a motorbike with no helmet.

Then I went home.
Posted by Guy Hutchinson at 1:51 PM