I love the IMDB, I probably don't go two days without checking it for some reason or other.

Often, I find some strange stuff there and, well, I figure it would be easier to share that with you rather than create some humor on my own.

My laziness knows no bounds.

Here is what I found:

A REVIEW OF SOME MOVIE:

"This movie was the most horrible and definetly THE MOST RETARDED movie of all time. I DO NOT LIKE THIS MOVIE AT ALL, it sucks so bad, i swear to god, that every one of my buddies that saw it, with my acknowledgement of watching the movie, they all said it sucked. My friend Fred even cried because it sucked so bad, and he is tough, shot 26 times in the gulf war."

I am not going to even bother to tell you the title of the film. I would be very distraught if you watched it. I am sure you guys are all tough... but not as tough as Fred. Fred was shot 26 times.
But the suckiness of this movie made him weep. He probably wet himself too, but that's understandable. If you were shot 26 times, you'd have to assume that at least one of those shots would have to be in the "pee retention" area. 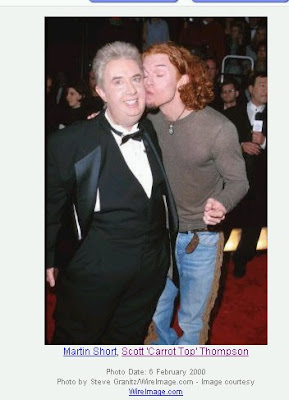 THE WHAT IF THE BAD GUY PUNCHED NATALIE THREAD?: 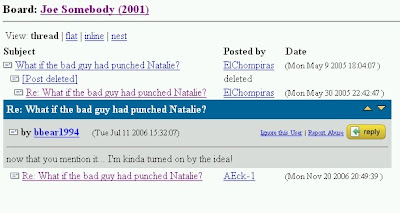 I hardly remember the 2001 Tim Allen flick, but I am pretty sure Tim Allen was fighting some bad guy in the film. This post, started by ElChompiras, wonders what would happen if the bad guy punched Natalie.
"I always wonder that" he writes. Sadly the next post was deleted. That might have explained exactly what would have happened. Dammit! We may never know.
bbear1994 mentions that the idea of the bad guy punching Tim Allen's daughter in a film "turns him on."
Welcome to the Internet.


AND FINALLY... MORE RANDOM NONSENSE FROM THE SAHARA MESSAGE BOARD: