All politics aside, I love the presidency. I just love the concept of a president. So, few thing made me smile more than when I stumbled across former President George H. Bush's wedding album at a flea market in Texas. 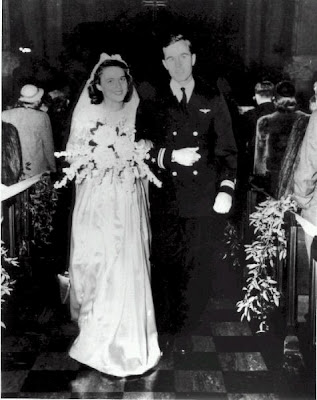 Here is the happy couple in the church. Hey wait a friggin' second! THAT is Barbara Bush? Va va voom! Sheeesh, she was a hottie.
I like Bush's pilot uniform. I know he is a decorated war pilot, but I like that he looks like he is on his was way out to navigate the red eye from Pittsburgh to Kickapoo on Delta.

I also like how no one else is turning around to look at them. They are wearing interesting costumes, TURN AROUND! 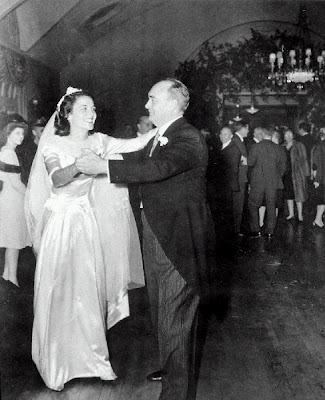 Here Barbara dances with Commissioner Gordon from the Batman TV series. Actually, I think it's her dad. Or maybe her butler. I have no idea. 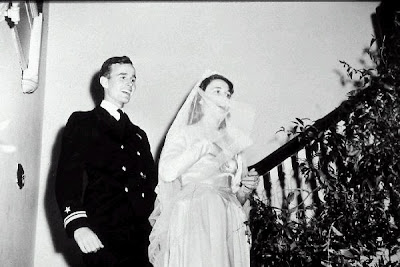 Here the happy couple descends a staircase into what appears to be an enchanted forest.
They seem surprised by something. What, I don't know. Maybe the butler lost his pants. 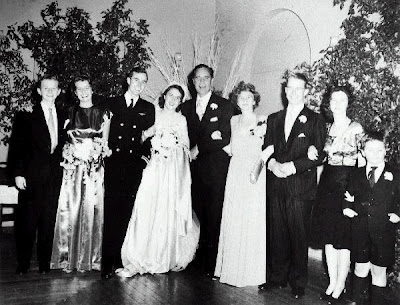 Here is a full family photo. From left we have Alfred E. Newman, that girl that showed her boobs in Bad Santa, George, Babara, the dean from Animal House, my cousin Beth (if you knew her you would laugh and laugh), Ed Begley Jr., Doc's girlfriend from Back to the Future III and Spencer Breslin. 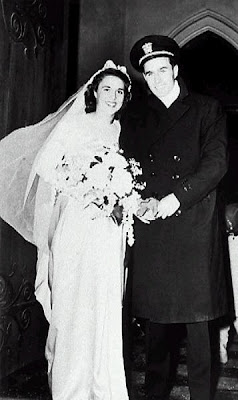 Hey it's silly hat time! Cool!
Wait a minute, look behind George... is that a goat? 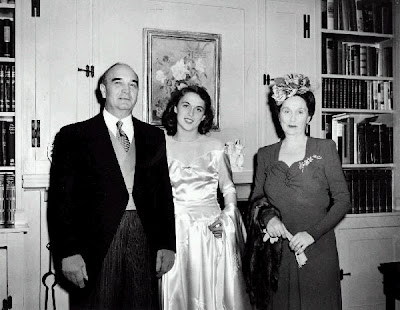 Here is Barbara posing with the Butler and his wife. Check out the butler's wife. She is holding her glove. Maybe after the photo was snapped she turned and slapped Barbara with the glove and said "Keep your mitts off my man! He is just here to buttle."
Actually, now, I think this really might be her mom and dad.
Check out how hot Barbara looks! The dress is starting to slide off and I think she is making an obscene hand gesture.
I am so totally turned on by her I could spit. 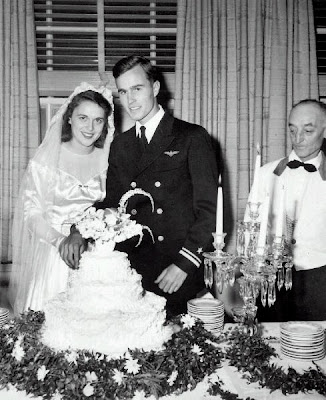 This is my favorite! Cake cutting! I love cake... wait a second! Look at that guy in the corner.
EEEEEEEAAAKKKKK! Oh my god, it's some kind of supervillian. Watch out George and Barbara, the Mole Man is coming to get you!
Posted by Guy Hutchinson at 2:21 PM