When I was in grade school Hostess removed Twinkie the Kid from the package and I was livid. I started a petition and got 200+ signatures to have Kid return. I received a nice letter stating that Kid was still around, just not on the current box. They sent some coupons and a plastic ring.

Eventually Twinkie the Kid returned to the package. 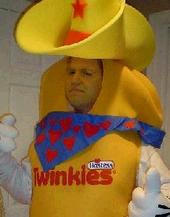 A few years ago the put out some retro packages with classic "banana flavored Twinkies". They were pretty gross. But the box was awesome. I saved it: 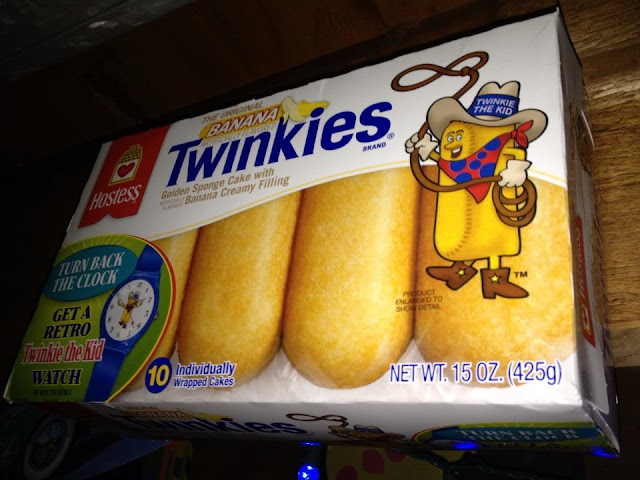 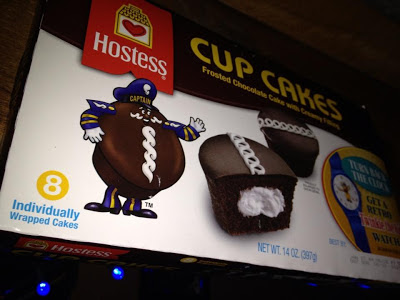 The package included a deal to get Twinkie the Kid watch. I got one. You can see in the picture of my office below: 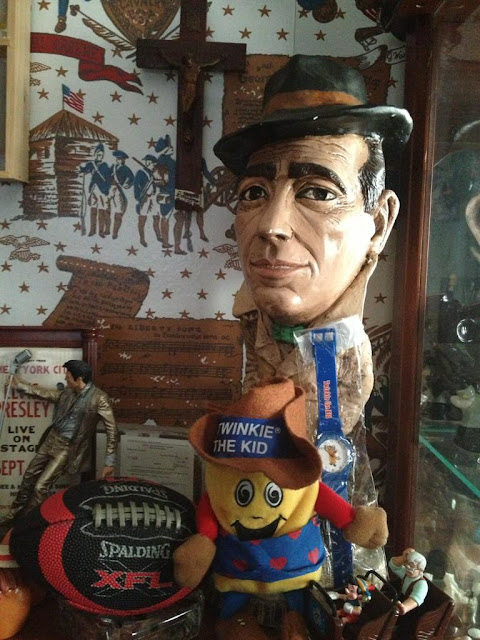 You can also see a plush Twinkie the Kid. He's being watched by Elvis, Bogart, Geppetto and Jesus. He also has a classic XFL football.

I don't really believe that Twinkies are going away for good. Even if they end up being one of those weird, old fashioned things that you can only get at Cracker Barrel, like GooGoo Clusters.

Still, when I heard about the closing of Hostess on 11/16, I ran to the nearest 7/11 and picked up a package. I went with the chocolate cream because... well, that's pretty amazing. 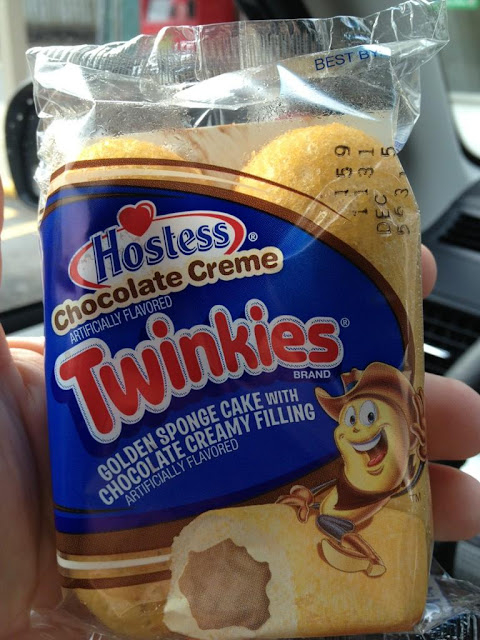 They were pretty damn good. I only eat Twinkies once a year, so I won't miss 'em for a while, but if I do I can take comfort under my Twinkie the Kid hat: 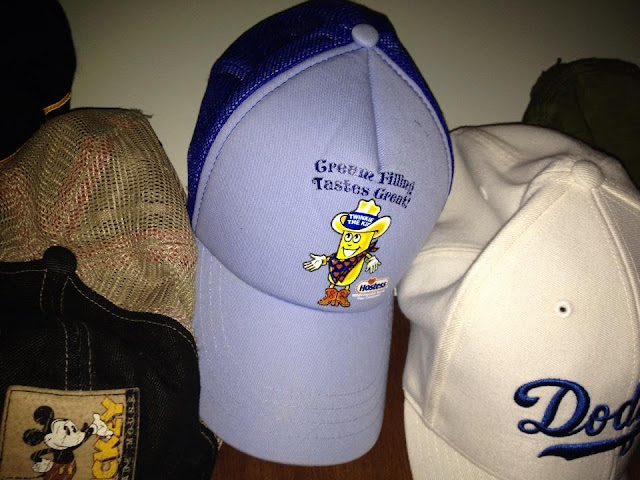