I don't get Uncle Charlie

Here is an old comic strip I stumbled upon. I don't get it.

Let's break this down.

CORRECTION: That's an old timey stock machine. He's looking at his stocks. I still don't get it. 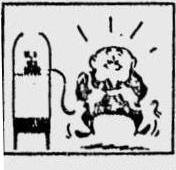 He walks away crying. I initially thought it was because that robot molested him. But now I know it's because he lost his money in the stock market. 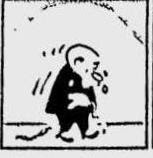 So he takes out his gun. 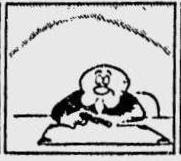 Did they skip a panel? Did he go out for pizza as someone came in and rearranged his office?

If we flip the panel it makes more sense.

The punchline is, I guess, that he shot the machine rather than himself.

Uncle Charlie was like Elvis. Elvis used to shoot his TV if he didn't like the show.

Beethoven was the same way. Only Beethoven would shoot a book.
Posted by Guy Hutchinson at 3:40 PM