Mr. Roper is one of my all time favorite TV characters. He was so good that I might just prefer him OVER Don Knotts as Mr. Ferly. It's a tough call.

On one hand you have Don Knotts making bug eyes at the camera and on the other hand you have Norman Fell doing that limp-wristed motion and calling Jack "Tinkerbell."

They even did an episode where both the Ropers and Mr. Ferly appeared. It must have been amazing to be there for the Roper/Ferly summit.

Outside of Threes Company Don Knotts wins hands down... but on that show... it's so close.

I'm stalling here. I am just trying to fill space.

See, I have three images for you and they don't even need any text. This just makes me feel like I did something other than post a couple pictures.

What do other people do to waste time?

Top ten lists! Remember when David Letterman used to do those top ten lists? I am sure he stopped that years ago since the whole idea just reeks of 1993. I bet he stopped around 1994 or 95.

I also bet his show is still funny and creative just like it used to be back then.

(I live in a world of denial.)

But, when the top ten lists became a phenomena all the sudden they were ripped off everywhere. I even have an unauthorized "top ten list" board game.

9. Ferly? Is that some kind of muppet?

1. JANET IS A TRAMP YOU STUPID OLD FOOL!

Anyway, I found an episode of Family Feud that Norman Fell appeared on. The episode was some "Heroes vs. Villains" showdown and Norman Fell was one of the villains.

I never really though of him as a villian... until I noticed he was signaling his homies. 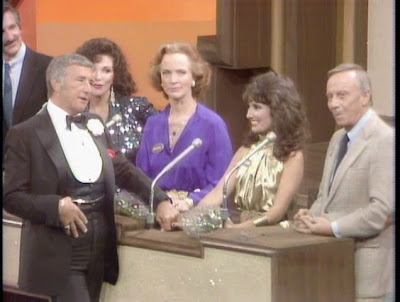 LOOK AT THAT! He is making some gesture to his fellow villains! 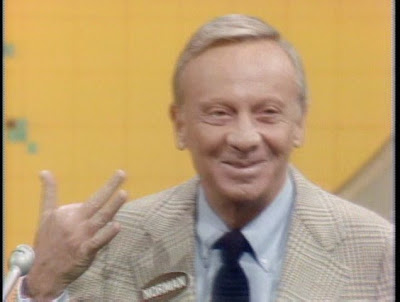 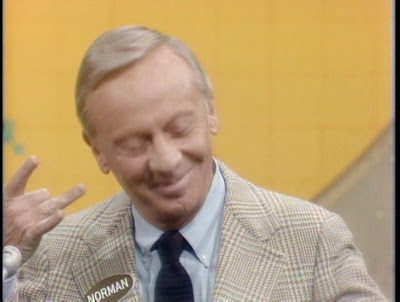 After the show I am sure Norman did a drive by at Suzanne Somers house.
Posted by Guy Hutchinson at 8:46 AM