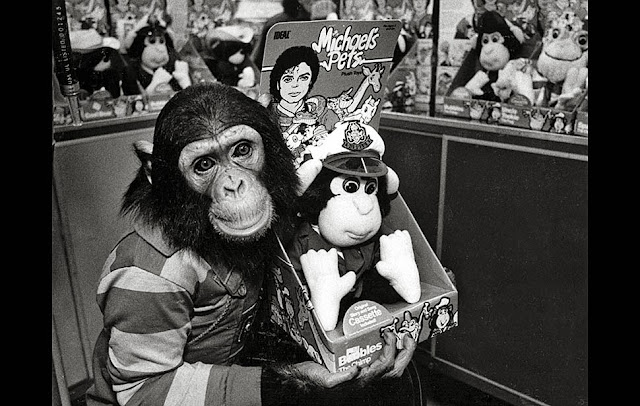 Look at that. Michael Jackson's pet chimp Bubbles holding a plush doll of himself... wearing a captain's hat.

Why did I not know this existed before today? 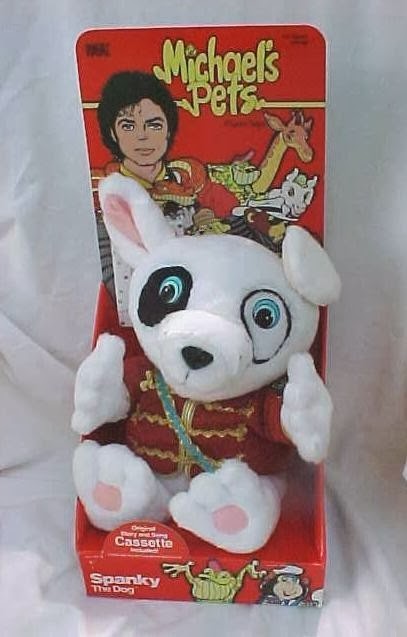 In fact, there was a whole line of Michael's Pets. Including a giraffe in aerobics gear: 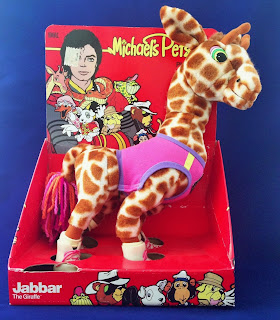 Jabbar The Giraffe
He’s tall and thin and talkin’ fast, he’s a giant with a big heart -  that Jabbar the Giraffe. “Hey, what you say”, asks Jabbar. This Giraffe’s so tall he can’t hear you blabber. But, if you hear a song from the sky, it’s probably this fantastic guy. He’s got a superb sound – the highest pitch we’ve ever found. When he’s not singing, Jabbar likes to tap and jitterbug. He’s got four of the fastest feet and his dancin’ style is really neat. Take Jabbar home and tell him what’s happening, ‘cause this poor guy misses lots of things 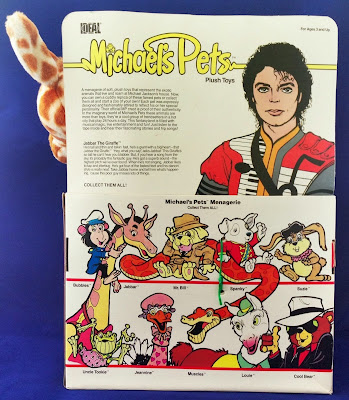 At first I thought they meant he missed things about the jungle now that he's at MJ's house and dressed like Irene Cara. But they just mean he's so tall he misses stuff that happens closer to earth. 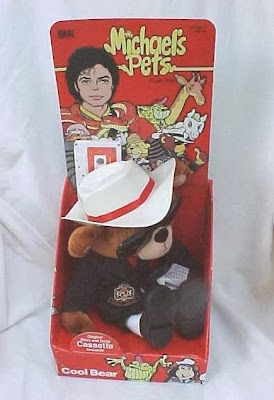 The coolest part was that they came with a cassette tape. I can only imagine what was on it. 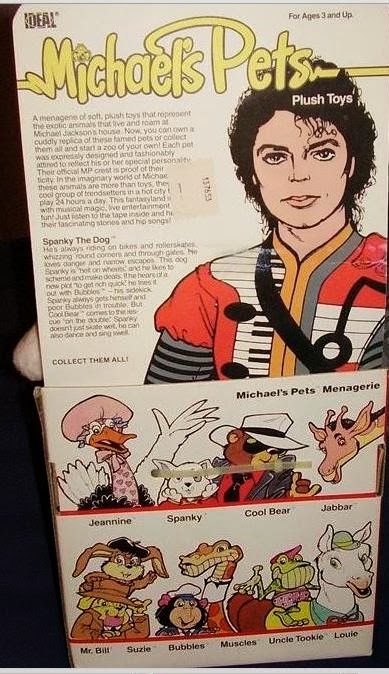 I briefly thought the image of Michael had him holding an accordion. 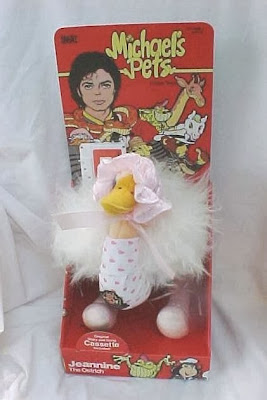